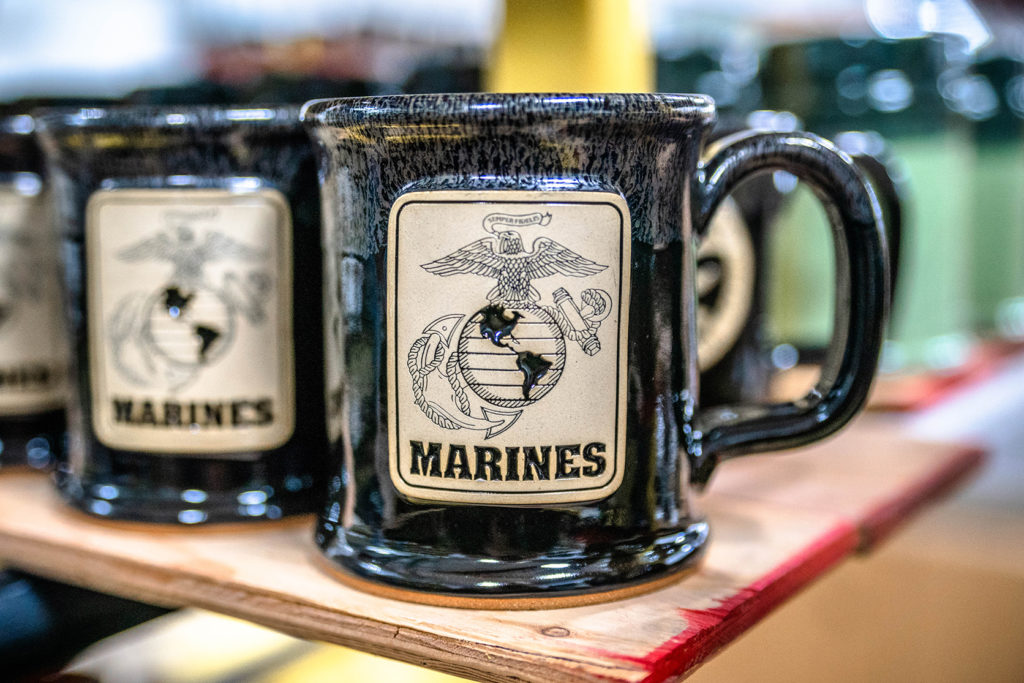 Sunset Hill Stoneware makes mugs for countless businesses with veteran owners and operators. But, we have a few veterans among our ranks whom we would like to recognize for Veterans Day this year. Read on to learn a little more about Sunset Hill Stoneware’s veterans and how they contribute to our company and our community.

Our incumbent maintenance manager, Jon is one of the newest members of our team and a father of two. He’s also a 10-year veteran of the U.S. Air Force.

While he served in the U.S. Air Force, Jon performed important maintenance work on the Minuteman and Peacekeeper ICBMs near the end of the Cold War. His work kept him in North Dakota for most of his career. However, one of the moments of his career came when he went to Vandenberg Air Force Base in California on assignment for two years. During that time, he was on the standby team to test launch the same missiles he helped maintain. 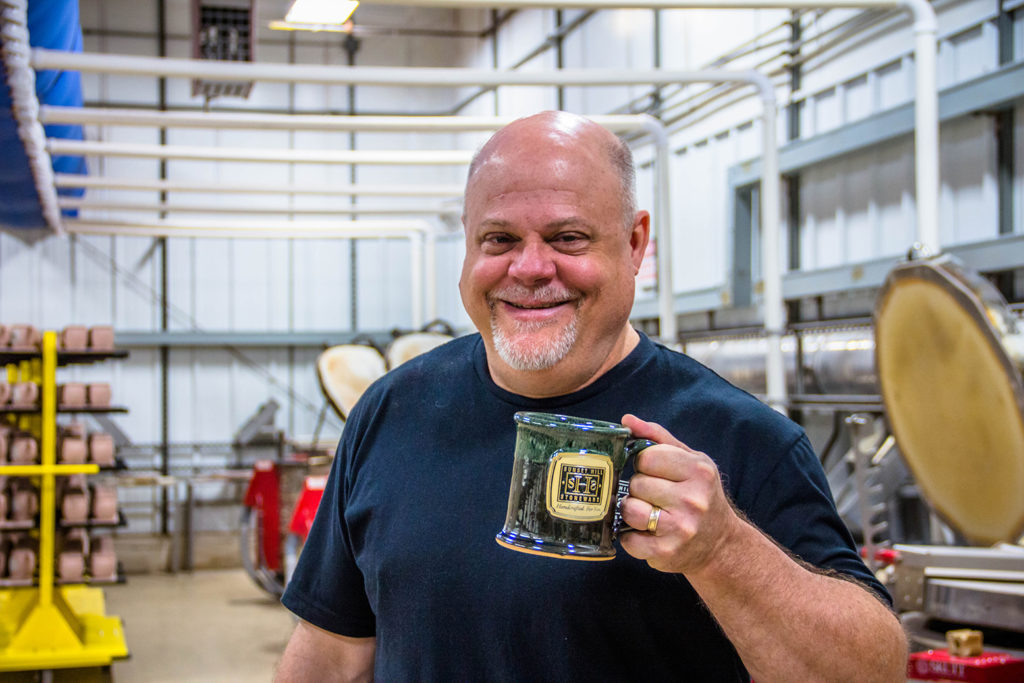 After the United States and the Soviet Union agreed to retire some of their nuclear weapons in a landmark treaty, promotions and transfers in Jon’s field slowed. So, he decided to finish his associate’s degree and return to civilian life. In the process, he and his family started looking into where they could settle after he left the Air Force. Together, he and his wife considered everything from the crime rate and schools to the water quality and natural resources.

Jon and his family ultimately chose to settle in northeast Wisconsin. He planted down roots and has lived here ever since.

These days, Jon is settling in as our maintenance manager. Although he’s only been working with us for a few weeks so far, Jon keeps all of our custom technology running smoothly. The skills he learned in the Air Force helped him transition into a technician role as a civilian. But, that wasn’t the only thing he took away from his role.

“There’s a heavy sense of camaraderie and a deep sense of team. That had a profound impact on me,” Jon explained. “I learned that you live and die as a team, you celebrate your successes as a team and you suffer your failures as a team.”

Jon also noted that the world is always changing, and with it the nature of the work involved in military service.

He added that military training also challenges people to grow more than they thought they could. Although his daily work at Sunset Hill Stoneware may not push him to his physical or mental limits like the Air Force did, that change in mentality is something that stays with Jon to this day. 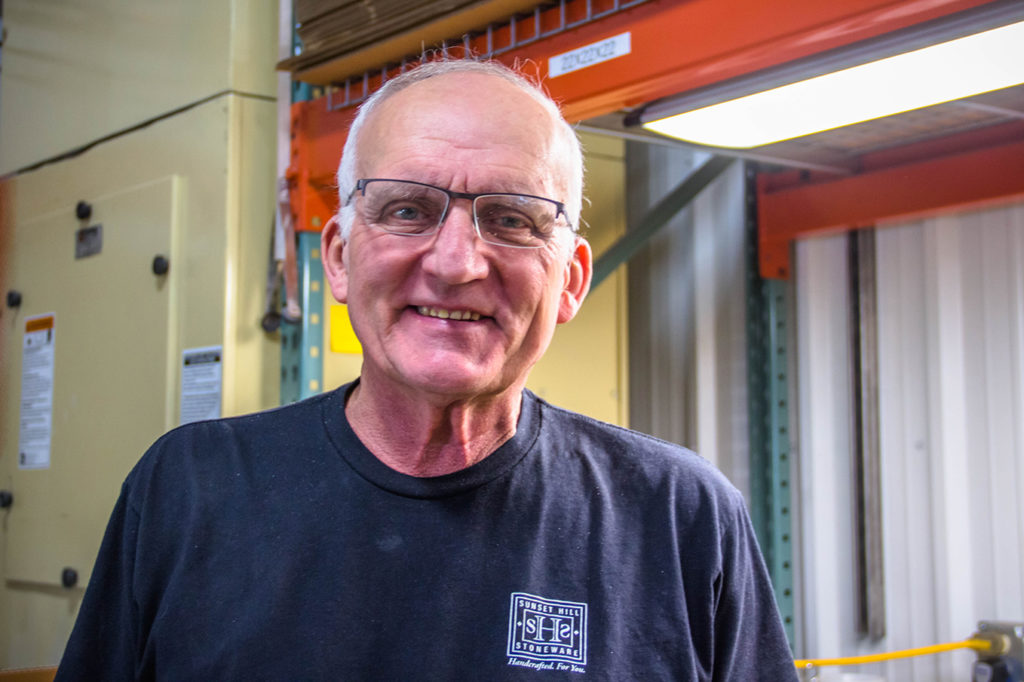 Roger works in our shipping department and is a regular purveyor of spicy homemade crackers, among other treats. He’s also a National Guard veteran. He served in the Wisconsin National Guard for six years beginning in 1970. After he finished basic training at Fort Leavenworth, Roger worked as a field wireman. This mostly meant he was climbing telephone poles and working communications while he was on duty.

Roger witnessed more action during his stint in the National Guard than one might expect. He witnessed four riots while he served, including two particularly violent incidents in Madison and Milwaukee.

One of his most memorable moments came when he and his captain were caught in the crossfire of a shootout. It unfolded one night on Mifflin Street in Madison during a period of rioting in the city. Roger recalled that some of the bullets from houses on either side of the street went through the windshield of their Jeep. He shot out the street lights overhead so whoever was shooting at them wouldn’t be able to see. Then, he and his captain separated as they took cover.

“I ran between these houses, and I was scared to death,” Roger recalled. “I got into a marsh, with cattails and everything. So I did the low crawl for 100 yards and ended up in front of a McDonald’s.”

Once he was in the McDonald’s, Roger called his armory and explained what happened before he was finally able to go home. While this is far from the only experience Roger had while he was in the National Guard, he still remembers how violent all of these experiences were.

After he finished his National Guard service, Roger studied to manage the laundry and cleaning services in the healthcare field. Since then, he worked to keep a hospital and a nursing home running every day. He still works eight days out of the month at a local hospital to keep its laundry facilities in working order.

If you’re in our Facebook group, you’ve seen Chris, our president and COO, before. Chris is a U.S. Marine Corps veteran who served for four years. During that time, he was an aviation machinist’s mate who worked on helicopter and jet engines. He even earned a meritorious mast for his work improving rebuilt engines. 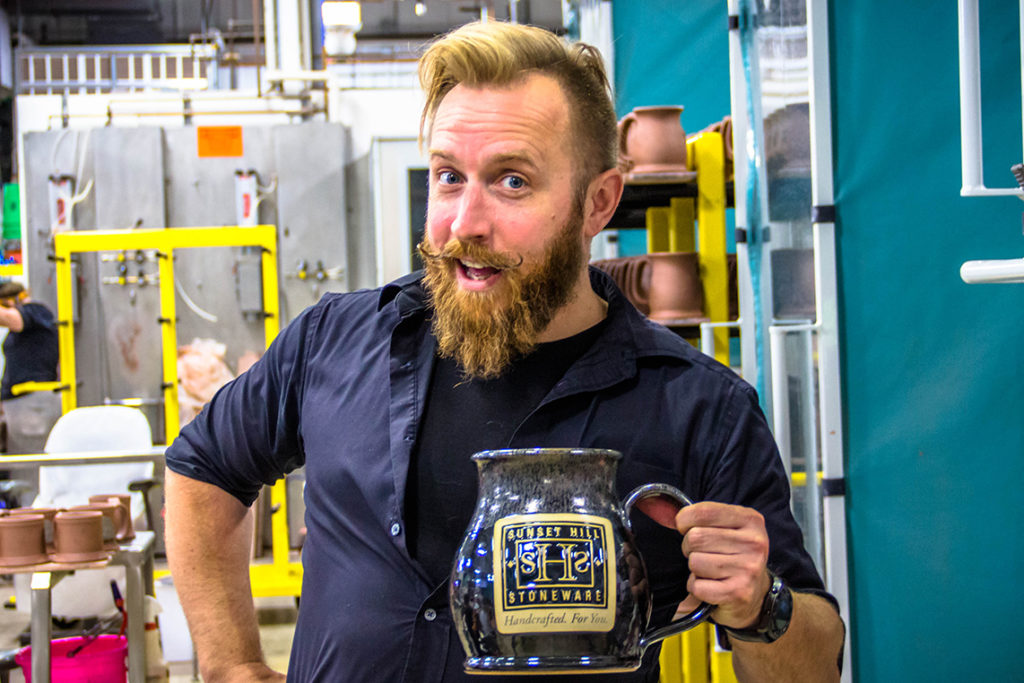 During his service, Chris worked with the CH-53. These helicopters are the same ones that have landed on the White House lawn for decades. The Marine Corps also used the same helicopters since Vietnam War for everything from airlifting squads of Marines to putting tanks on the ground in war zones. Chris worked with the helicopter’s Delta model, which brought him to Hawaii for most of his service. With that, he attended aviation school and a specialized school for the engines with which he worked while he served.

On top of that, Chris went to a leadership school in order to complete his officer training.

“All of these little things along the way were feathers in my cap,” Chris said. “It wasn’t just becoming a Marine. There were a lot of feathers that I earned during that time as well, just trying to go above and beyond what was required.”

However, by his own description, Chris was too subversive to stay in the Marine Corps as a career. Before he went back to civilian life, he had to take special classes to make the transition easier. Part of this is because civilians operate very differently from how Marines do day by day. However, even with these classes, Chris noted that a lot of anxiety comes with reentering the mainstream.

“Life is very different,” Chris explained. “You don’t understand that the rest of the world doesn’t think the way you’ve been trained to think for a number of years.”

However, the classes noted that someday, Chris and his peers would see a young Marine fresh out of boot camp and have an indescribable feeling of solidarity. For as unassuming as Chris normally tries to be about his status as a Marine Corps veteran, that still echoes even today. Some of it even comes out in how his habits changed; Chris would get a fresh haircut every week and starch his clothes if the option were more available now.

The United States owes much of what it has to the veterans that risked their lives to defend its ideals. While Sunset Hill Stoneware honors all veterans with whom we work, we love to highlight the work the three veterans in our company do every day. That’s why we’re happy to share their stories and highlight the work they do not just on Veterans Day, but every day. You can also learn about some of the veteran-owned businesses we work with on our blog, or get a quote for your own set of mugs for veteran organizations you support below.