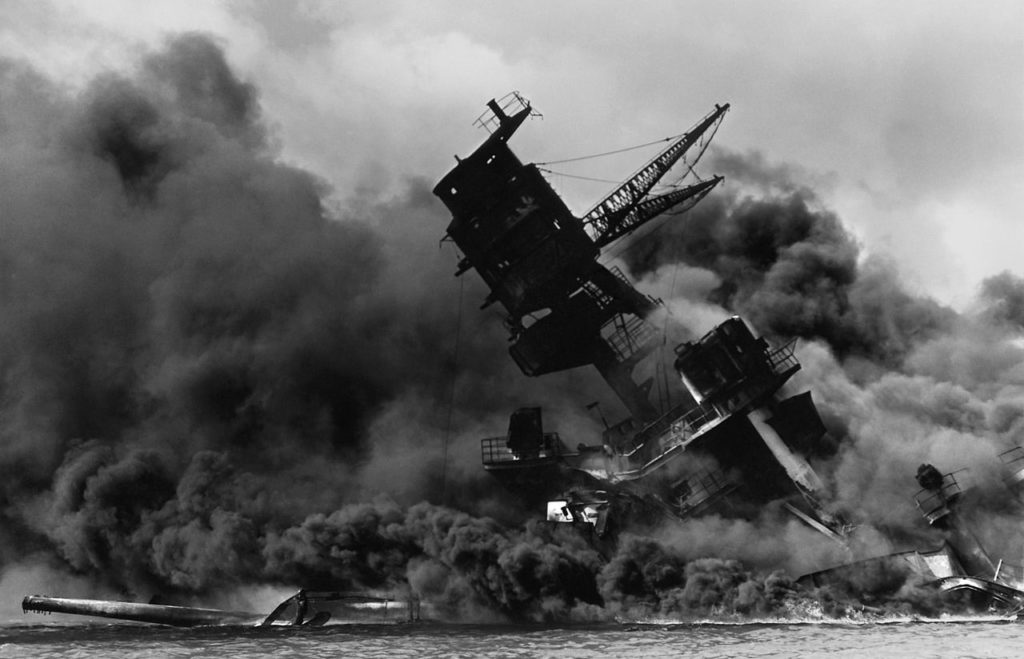 World War II wasn’t that long ago. Since the war ended in 1945, next year will only be the 75th anniversary of the end of a war that cost millions of lives. With that, the attack on Pearl Harbor that brought the U.S. into the war happened 78 years ago this year. Our team is taking this day to recollect our experiences at Pearl Harbor National Memorial, and remembering Pearl Harbor in the process.

The Attack on Pearl Harbor 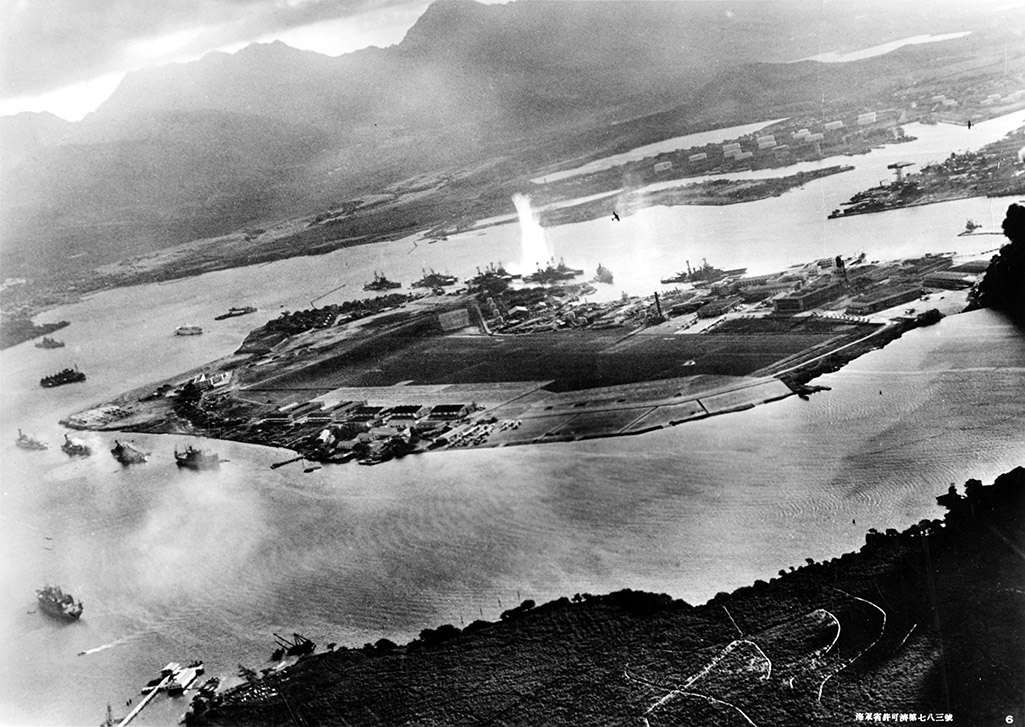 The morning of the attack started out like any other Sunday on Oahu. It was a clear day, and many of the soldiers and civilians around the base were at the morning colors ceremony on one of the ships, or otherwise starting their Sunday mornings. Nobody thought much of the roar of the planes flying overhead. That was before they heard the bombs hit.

At 7:48 a.m., the Japanese attacked military bases on Oahu in Hawaii, including Pearl Harbor. Their pilots dropped bombs and torpedoes, modified so the explosives could move in Pearl Harbor’s shallow waters. One of these bombs hit the forward magazine of the USS Arizona, exploding 1 million pounds of her artillery. The ship would burn for almost two days, with over 1,000 crewmen buried inside.

The Japanese mission for the attack was to destroy major parts of America’s Pacific Fleet. With that, the empire would be able to invade other countries and colonies in the Pacific with little resistance. As part of that objective, they destroyed or damaged 19 naval ships, including the USS Arizona, USS Oklahoma and the USS Utah. Other ships, such as the USS Nevada and the USS Pennsylvania, sank but returned to service later in the war.

In all, 2,335 soldiers and 68 civilians died in the attack. Many of the victims were junior sailors or corpsmen who were just 17 or 18 years old.

Unlike what happened in the Michael Bay film, Imperial Japanese planes did not attack any of the hospitals near the base. They also did not damage any of the gas depots, repair shops and other crucial supply points near the base. Because of this, the U.S. Navy resumed operations with relative ease. Still, the damage would be hard to forget, and the war would be long.

Consequences of the Attack

After the attack, Japan declared war on the United States, and Congress reciprocated the following day. A few days later, Italy and Germany declared war on the U.S., marking our official entry into World War II. However, the effects of the attack were far-reaching for American citizens, in Hawaii and beyond.

The governor of Hawaii declared martial law, suspending constitutional rights for citizens in Hawaii. Every adult in Hawaii had to carry ID papers and submit their fingerprints. There was also a curfew and strict blackout rules in place. Japanese-Americans living in the islands received even harsher treatment. Many were also subject to searches and arrests. Life went on under martial law in Hawaii for the next three years.

Furthermore, Japanese-Americans across the west coast were sent to internment camps across the U.S. Today, one of those camps is a national historic site. Manzanar National Historic Site had barracks where the U.S. government relocated thousands of American citizens of Japanese descent, despite them having done no wrong. After the war, they came back to nothing. Their homes and businesses were sold, and few had any help from their neighbors.

Nevertheless, there was still a surge of patriotism from every part of America that came after the attacks. Tens of thousands of people signed up or volunteered to help the military, including Hawaiians and Japanese Americans. The attack on Pearl Harbor was the starting point for that patriotism; hence why we still observe its anniversary today. 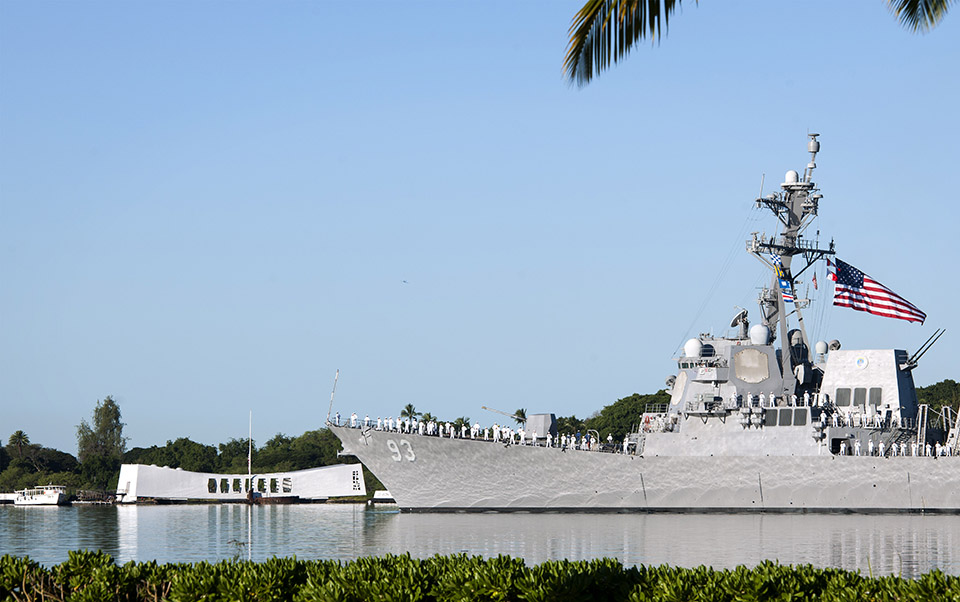 Our president and COO, Chris Rand, visited Pearl Harbor National Memorial during his service in the United States Marine Corps. At the time, he worked at Marine Corps Base Hawaii in Kaneohe, so he invited his family out to visit and they went to the memorial together. However, they weren’t the only ones coming.

“There was an incredibly large amount of Asian tourists there,” Chris said. “One could say that about Hawaii in general, but there seemed to be a lot of interest for whatever reason.”

Visitors can take a tender to the USS Arizona Memorial, which straddles the ship’s hull. Visitors can still see the outline of the battleship from above. Nature has taken over some parts of the ship, with reef fish swimming around. Visitors can also see the USS Missouri, which served as the site of the Japanese surrender at the end of the war, on the other side of the harbor.

One thing that struck Chris was seeing a slick of oil bubbling out from the wreck of the U.S.S. Arizona. This oil, sometimes called “the tears of the Arizona,” has leaked out of the ship since its sinking.

Many of the men who died on the Arizona on Dec. 7, 1941 are still buried in the ship because retrieving their bodies was impossible. Because of this, Chris said there is a silence over the memorial that added magnitudes to his experience.

“There’s always a quiet, solemn nature,” Chris said. “The whole experience is like going to a mausoleum. Nobody needed to be told to speak quietly; everyone just spoke in hushed tones.”

Overall, the Arizona’s memorial isn’t just a place to grieve the dead. It’s also a place to reflect on why events like these happen and how we can prevent them from happening again. Although it may seem like it, 78 years is not a long time. We, as a nation and as humans, cannot forget about the costs of events like these that lead to war and suffering. That’s why we observe Remembrance Day and honor the lives lost every year.