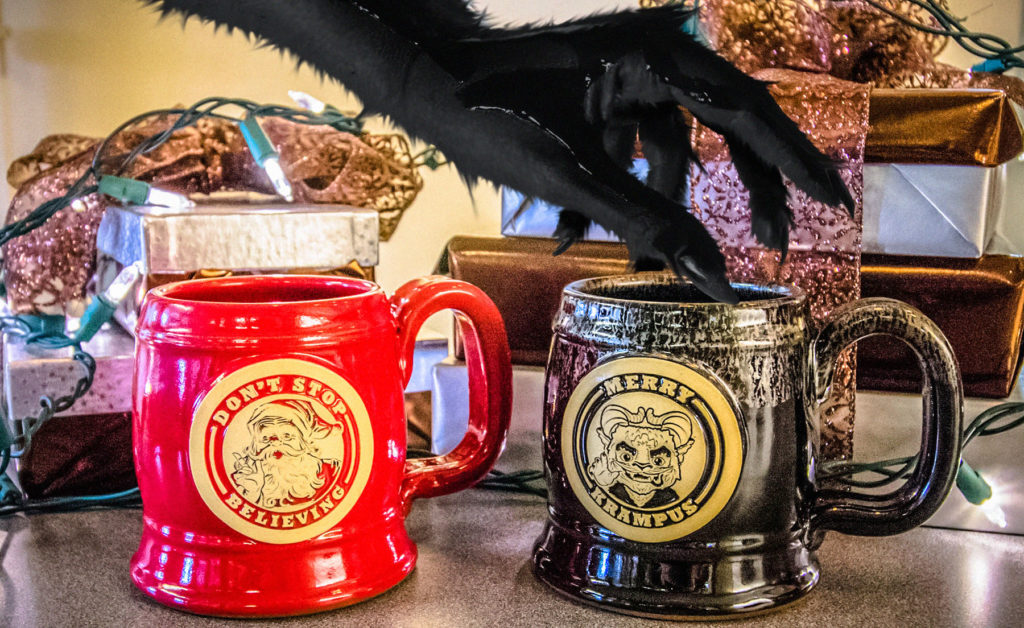 How the Krampus Got His Mug

T’was the week before Christmas, and all through our shop
not a creature was stirring, not even Brian with his mop; 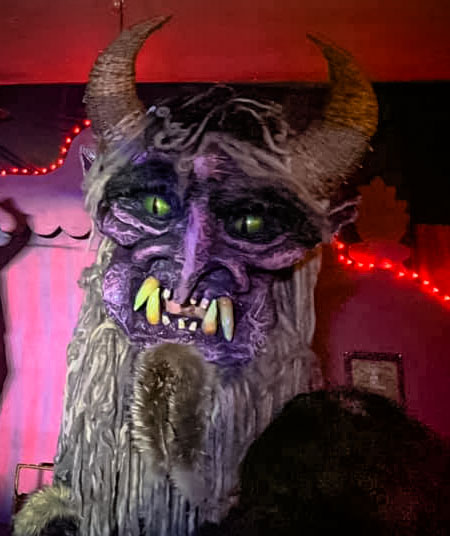 The stoneware was hung by the shelves in two lines
in hopes that St. Nicholas would come try our steins.
The potters were nestled all snug at their wheels
while visions of Potbellys danced at their heels;
And Jason in his sweatshirt, and Tom in orange blaze
had settled their brains for an Old Glory craze,
when out near the kilns there arose such a clatter,
Jason sprang from his office to see what was the matter.

Away to the kiln room he flew like a beast,
and tore open the garage doors to find the heat had increased.
The light on the tops of the kilns oh so shiny,
bounced back to the prep crew and made them quite whiny,
When, in a glorious haze of both lightning and smoke
came some half-goat, half-demon, fur-covered bloke.
With the way smoke and darkness covered the campus,
Jason knew in a moment this could only be the Krampus.

Faster than Michael his minions all came,
and ascending through the roof, he called mugs out by name,
“Now, Straight Shot! Now, Tom’s Mug! And Wide Mouth, Greek Goddess!
On Tall Boy, on Short Boy, take more from the office!
To the top of the damp carts, to the top of the shelves!
Now go along, go along, unleash hell!”

As demons unleashed from the depths so they flew;
when they met with the handlers, too powerful a crew.
So back to the shipping department they sailed,
with all their stolen mugs and anything else that wasn’t nailed;
And then, in a rumbling, Jason heard on the roof,
the stomping and clomping of each cloven hoof.
As Jason looked up and was turning around,
again came the Krampus, with a loud shrieking sound.
He was covered in fur, from his head to his toes,
and clay dust spewed out of his bulbous black nose.
Resting on his shoulder was a very large switch,
his tongue rolling out, teeth curved in at a pitch.

Jason knew then and there that he had to act fast 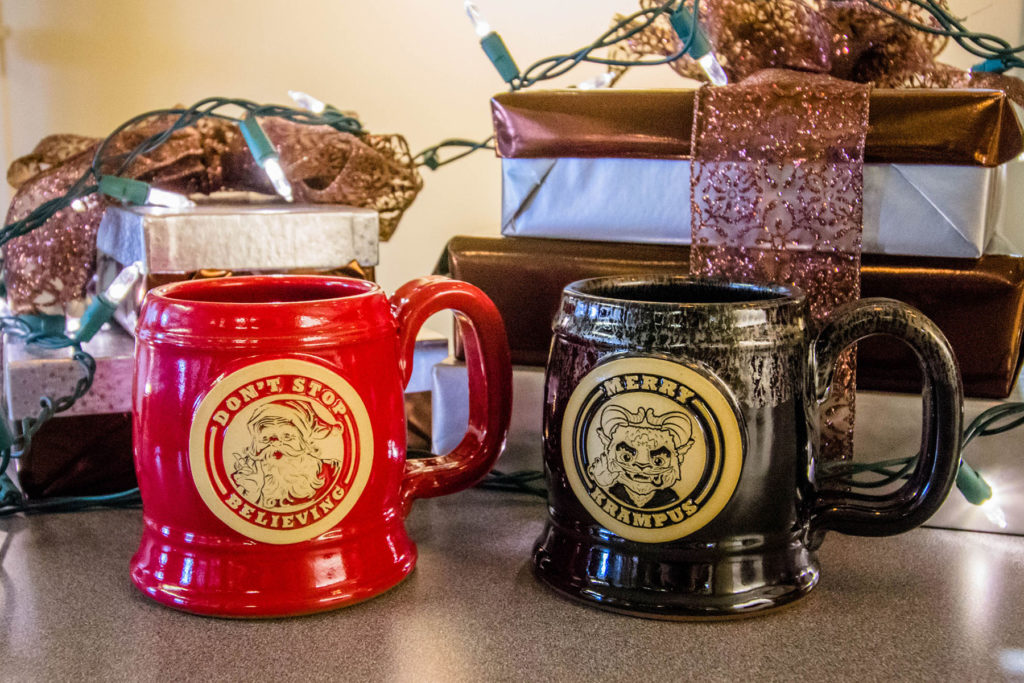 or this Krampus would steal Yellowstone mugs from the past.
He’d punish the potters, for nothing they’d done;
and steal all the glazes they’d made, save for one.
Out to the shelves in shipping Jason strode,
to find the solution to the mess the Krampus sowed.
A Sunset Barrel in Silvery Night was the tool he would use,
and a gift the great Krampus just could not refuse.
The mug bore his likeness, his horns and slithering tongue,
but it made the great beast look oh-so very young.
The Krampus was pleased with this styled dedication,
and called all his minions into sudden cessation.

At once they all fled, and stopped harassing the crew,
in favor of seeing their new vessel for brew.
“This mug has my face, and is strong and sufficient,”
boomed out the Krampus, growling voice growing distant.
“But prepare for what follies befall you next year,
if you neglect to include with each mug some craft beer!”

Jason heaved a sigh of exhaust and relief,
Grateful this encounter for once was so brief.
The Krampus had nabbed some poor potter before,
and stolen custom shot glasses numbering four.
Lord help them all if the Krampus had discovered
the set with St. Nicholas, so favored.
Today though, the entire crew could rest easy,
so together they donned ugly sweaters so cheesy;
and he called out with the shop, and the office team too,
“Merry Christmas to all, from the SHS crew!”