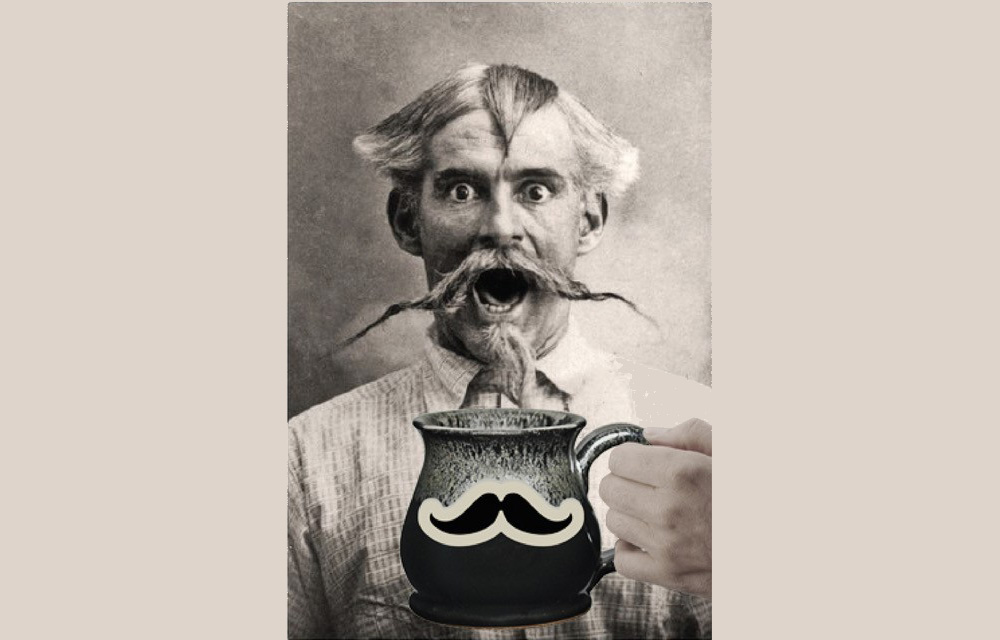 Legend among the pottery community tells of a madman who changed the legacy of the craft forever. Known as the “Mad Potter of Biloxi,” George Ohr inspires Sunset Hill Stoneware’s artisans in ways few would expect, from the uniqueness of his work to his eccentric persona. While he self-styled his madness, Ohr was an incredible artist who inspired awe for more than 100 years.

Today, Sunset Hill Stoneware honors George Ohr, the Mad Potter of Biloxi, for his influence on pottery as art; and the much-needed touch of madness he brought to the world.

George Ohr was a pioneer for stoneware ceramics in America today. Born in Biloxi, Mississippi in 1857, Ohr took interest in ceramics during his younger years. He learned from a master before taking the next steps of his career into his own hands. 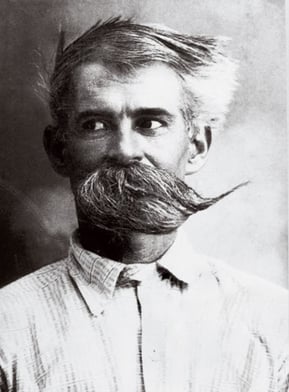 “When I found the potter’s wheel I felt it all over like a wild duck in water,” Ohr wrote in an autobiography preserved by Smithsonian Magazine.

Between his distinct pottery and epic facial hair, Ohr was the poster child for all things eccentric. He created vases and pots that have proven impossible to replicate even on modern pottery wheels. The walls were so thin that they would normally collapse or shatter in the kiln. Many of his pieces feature surreal, metallic glazes that bleed off the sides of the pot, a product of kiln experiments that few tried even back in his day.

Despite his unique takes on the art form, Ohr didn’t find much success during his lifetime. However, he gained respect among his contemporaries. In fact, he even believed himself a failure as his pieces rarely sold at shows and auctions. Nevertheless, he followed his passion for decades and ventured where potters feared to tread at the time. All the while, he cultivated his nutty persona for the public and became a fixture in Biloxi.

Like many potters who work in unhealthy conditions throughout their careers, Ohr died of throat cancer in 1916. However, despite the lack of notable success during his lifetime, Ohr’s legacy flourished after his death. His pieces gained more attention, and the Ohr-O’Keefe Museum of Art in his hometown of Biloxi was named after him and local philanthropists Jeremiah and Annette O’Keefe.

Some in the art world consider Ohr to have laid the groundwork for the abstract-expressionism movement in America. His legacy lived on as the movement developed after his death, and pottery and art lovers still revere his work. Although his pottery gathered dust in the back of a garage for years, they are now in a permanent exhibit at the museum that bears his name.

Much like our own unique coffee mugs and ceramic beer mugs, no two of George Ohr’s ceramic pots are exactly alike. His vases often feature distinct slopes and curves that give them a warped, contorted look. Others feature long necks and ornate handles with wider bottoms, along with unusual glaze colors.

How he managed to make any of these unusual shapes remains a mystery to this day. However, many potters have tried to recreate the pots for themselves. Whether it was the clay he sourced or another trick, Ohr’s pots have few imitators.

While we can’t make some of the claims to fame that Ohr did in his day (though some members of our production crew are crazy in their own right), our potters still draw inspiration from his knack for pioneering experiments. The metallic glazes he used on his pottery vases and other works paved the way for us to make some of our current color options, such as Silvery Night and Galaxy Night and inspires us to test the laws of chemistry as we develop new ones.

Ohr’s knack for experimentation lives on in us each day. His research with form encourages us to make new shapes for our mugs and steins. Our glaziers and potters are constantly pushing the limits of the craft and our creativity to bring you the best, highest-quality ceramic coffee mugs around. We emulate what he did with his pots by never settling. We never use molds or slipcasts for our mugs, beer steins and other stoneware, instead using our bare hands.

The final product is the perfect vehicle for any brand or statement, and we’re happy to share the results with the world, whether it’s as a promotional product with your logo or one of our own creations from our online store.

Without pioneers like Ohr, Sunset Hill Stoneware’s custom pottery mugs might not be what they are today. We tip our hats to George Ohr for changing the modern history of ceramics for the better.