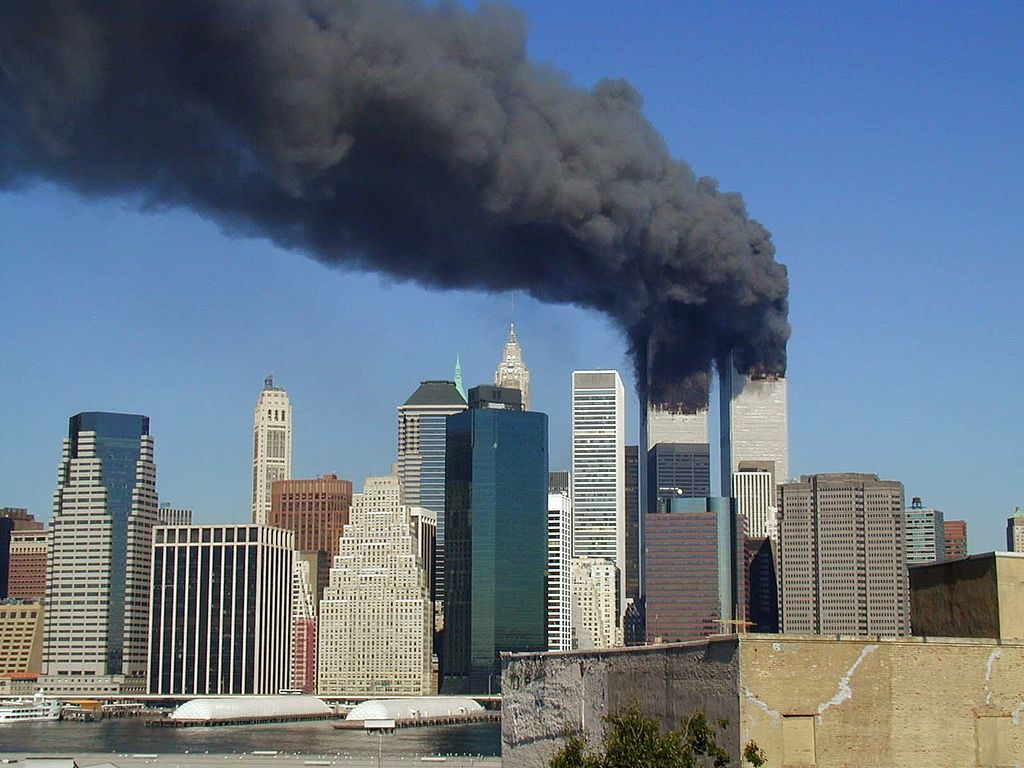 Every month, Sunset Hill Stoneware recognizes the hard work and contributions of one of our teammates. However, this month we’re doing something different. The events of September 11, 2001 weigh heavily on us this time every year, so we wanted to honor some of the public employees and heroes who gave all that day. These are the stories from 9/11 that we want to preserve.

For background, the events of Sept. 11, 2001 were a series of terrorist attacks at four different locations. These included the North and South towers of the World Trade Center in New York City, the Pentagon in Washington, D.C. and the crashing of Flight 93 in rural Pennsylvania. The Islamic terrorist group al-Qaeda orchestrated these attacks. In all, 2,996 people died as a direct result of the attacks, hundreds of whom were firefighters or law enforcement officers. Thousands more have died since then due to illnesses linked to that day’s attacks.

It takes levels of courage most of us will never know to run into a collapsing building while everyone else is running away. These are just a few of the people who risked or sacrificed their lives to save others that day.

Ganci was the highest ranking uniformed officer in the Fire Department of New York. He was also an Army veteran who served in Vietnam. Ganci was a career firefighter whose acts of courage date back to 1982. 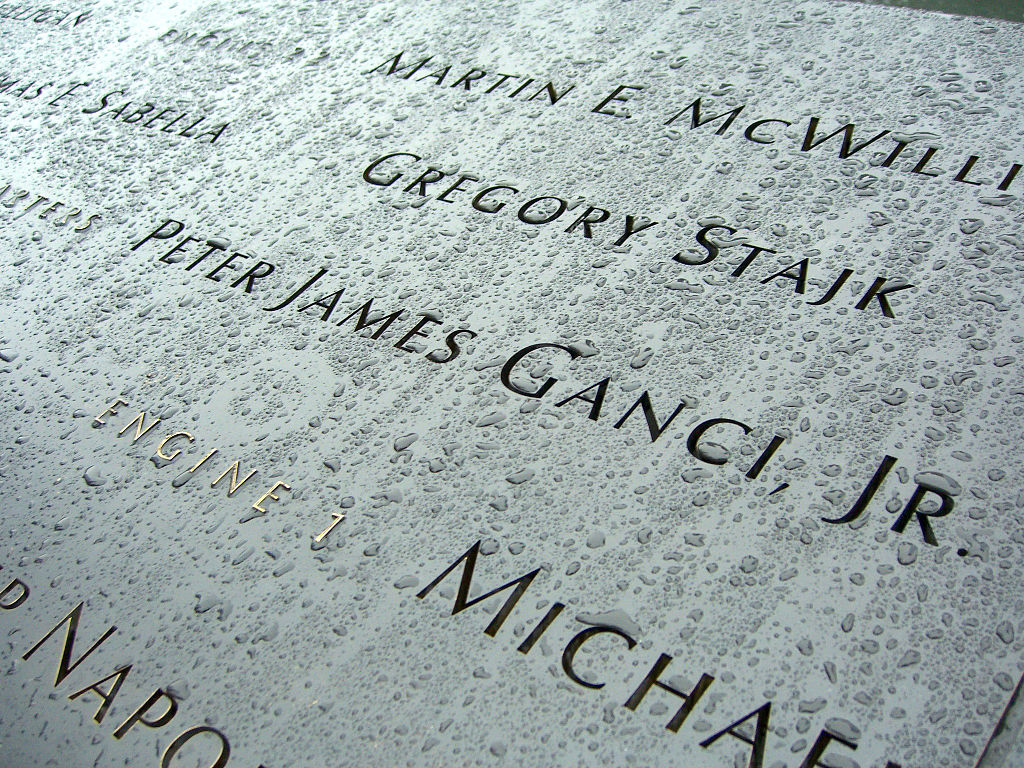 On the morning of the attacks, Ganci had to go to the courthouse. He had jury duty that day. However, he and his executive assistant, Steve Mosiello noticed the scene unfolding at the North tower from Brooklyn. With FDNY Chief of Operations Danny Nigro, the pair took Ganci’s car from their command post to the scene within 10 minutes. Ganci quickly set up a command post at a parking ramp near the North tower.

In a later interview, Mosiello recalled hearing someone shout, “There’s another plane!” Then, he and Ganci heard the sound of a jet engine getting louder and louder, until a second plane crashed into the South tower.

Ganci was in the basement of the South tower when it collapsed, but managed to escape the rubble. He then told Mosiello to get backup and had his men set up another command post further away from the scene. However, Ganci did not evacuate with them. Instead, he remained on the scene to evacuate others from the building. Because of he and his fellow firefighters, more than 30,000 people survived the attack at the World Trade Center that day.

Ganci did not survive. He died when the second tower collapsed, still commanding rescue efforts on the ground.

In his obituary, Ganci’s former supervisor Howard Safir said “he would never ask anyone to do something he didn’t do himself.” Safir added, “‘It didn’t surprise me that he was right at the front lines. You would never see Pete five miles away, in some command center.” 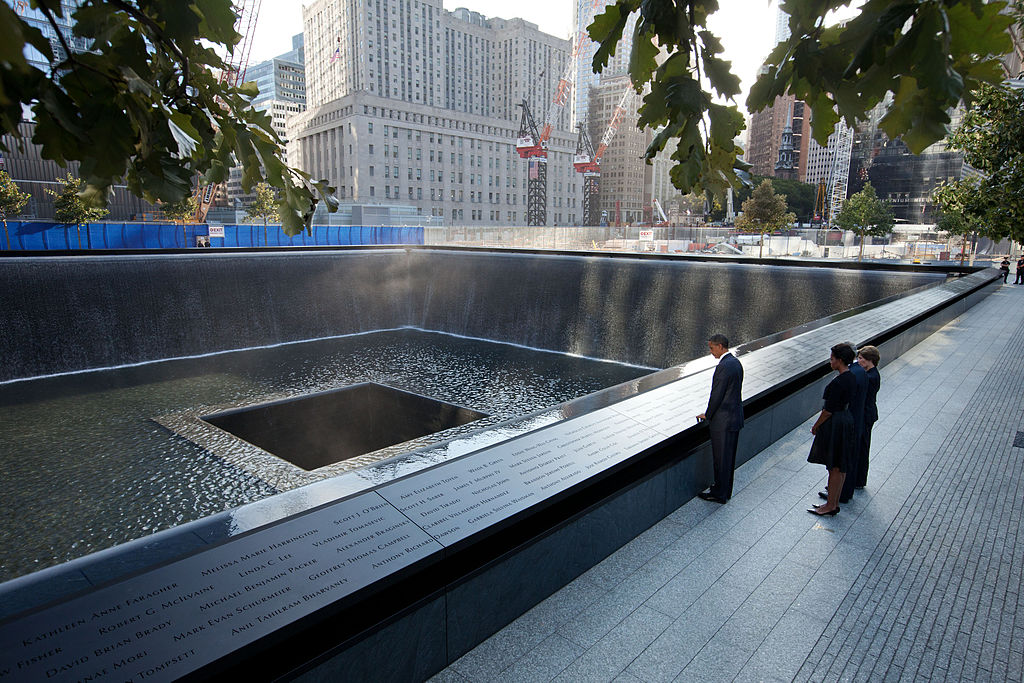 An officer in the NYPD, Suarez was one of hundreds of officers responding to the terrorist attacks at the World Trade Center on Sept. 11. Reportedly, he and his partner,  took a taxi from his post to the scene that day.

Suarez’s heroic efforts are memorialized in several photographs. In these photos, he is rescuing several victims of the attacks, including a woman who collapsed from asthma, an injured victim and many others. He died in the mezzanine between the towers. At the time, he and another officer were rescuing a woman who couldn’t escape on her own.

Suarez is one of dozens of officers who lost their lives that day. Since then, hundreds more have died from cancer due to the toxic particles in the air on the day the towers fell. He and many others posthumously earned the New York City Police Department’s Medal of Honor for their heroism that day.

Experts believe more than 10,000 emergency responders have developed cancer in the aftermath of Sept. 11, in addition to the scores that died that day. It’s likely that more will follow as time goes on.

Today, Suarez’s legacy lives on. At his funeral, his daughter, Jillian, wore his police cap and carried the flag draped over his coffin. She is now on track to become an NYPD officer. Suarez took the Oath of Honor at the Police Academy in 2018.

That day also brought out a level heroism in some people that you might never expect. Such was the case for Tom Burnett. The vice president and chief operating officer at Thoratec Corporation, Burnett boarded United Airlines Flight 93 with plans to go to San Francisco that morning. He was going home to his wife and three daughters in nearby San Ramon, Calif. 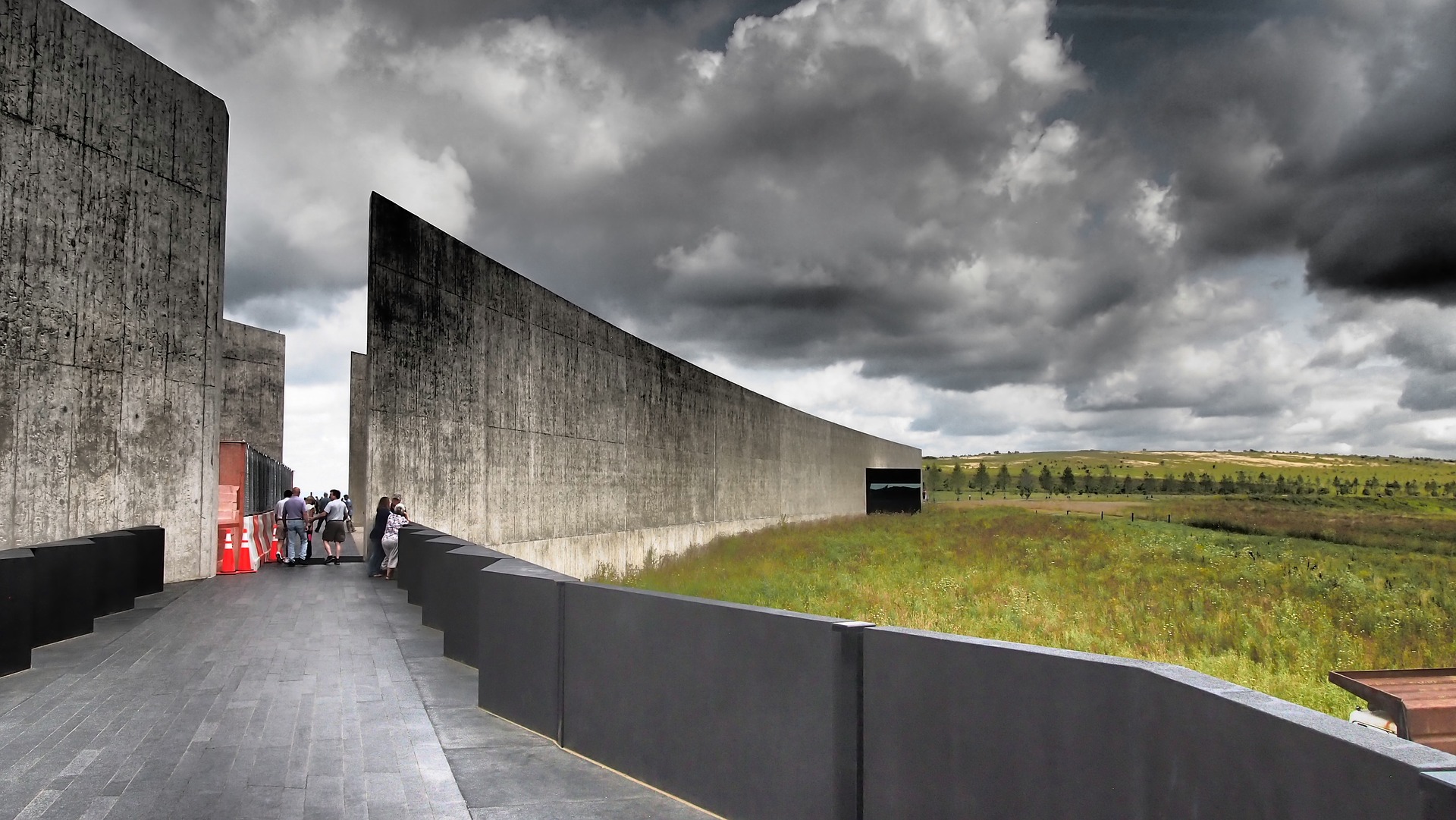 However, less than an hour after the flight took off from Newark, hijackers stabbed another passenger and took control of the plane. The intelligence community now believes that their intended target was the U.S. Capitol, where Congress was in session that morning, or the White House.

Shortly after the hijacking, Burnett made four calls to his wife, Deena. Over the course of the next few minutes, the couple relayed information back and forth. Deena told Tom about the other terrorist attacks that had hit the World Trade Center and the Pentagon. Within 30 minutes, Tom came up with a plan. They were going to fight back.

Burnett ended his last call to his wife by saying, “Don’t worry, we’re going to do something.”

Along with several other passengers, Burnett waited until the plane was over a rural area and stormed the cockpit. On the flight recorder, he was heard shouting, “Roll it!” Most sources now believe he and his fellow passengers were using the beverage cart to ram the cockpit door. They did this despite the hijackers pitching the plane up and down to thwart the revolt. However, they may have judged that the passengers were mere seconds from retaking the flight.

With the passengers fighting back, the hijackers crashed Flight 93 in rural Pennsylvania. According to the official 9/11 Report, the plane was just 20 minutes’ flying time from Washington, D.C.

Were it not for Burnett and his fellow passengers, the death toll on that day could have been even higher. His courage in the face of evil saved a symbol of the American Republic on one of our darkest days as a nation. For that, he and the other 39 unarmed passengers and crew of that fateful flight are remembered at Flight 93 National Memorial.

At the memorial outside Shanksville, visitors can find Burnett’s name in stone, along with dozens more at the Wall of Names. A foundation also exists to preserve his legacy. The Tom Burnett Family Foundation aims to improve leadership and citizenship with programs for young people nationwide. 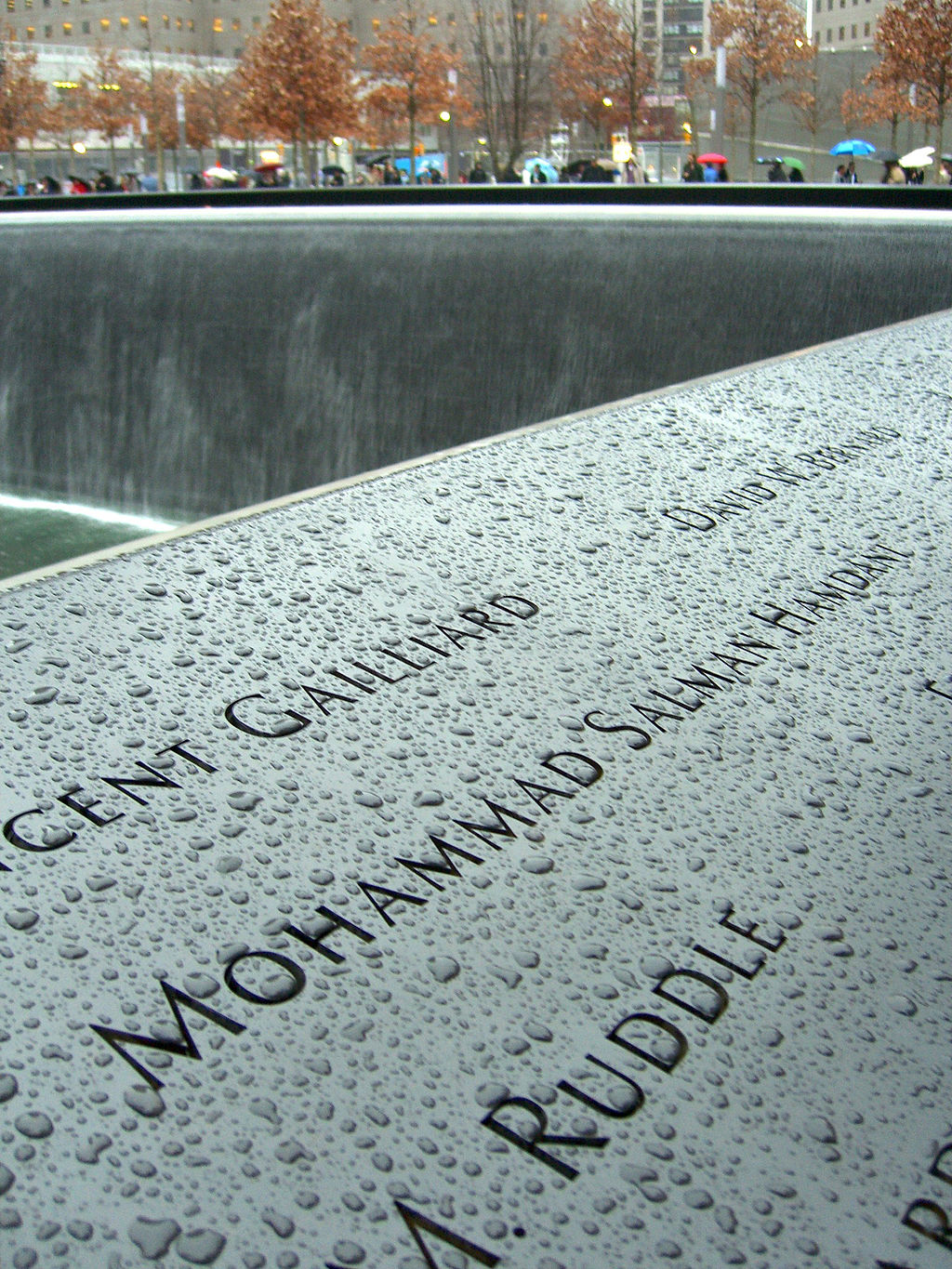 A Pakistani American, Hamdani was a NYPD cadet and an EMT. Born in Pakistan, he moved to the U.S. when he was a toddler. A recent graduate of Queens College, 23-year-old Hamdani also worked as a research technician at Rockefeller University. By some accounts, he was also a hardcore Star Wars fan who played football in college.

During his commute on the morning of Sept. 11, Hamdani saw the smoke coming from the World Trade Center. Knowing he had to help, he rushed to the scene, using his EMT and cadet identification to get to the scene. He then began trying to save lives as the scene was unfolding, joining dozens of other officers, firefighters and EMTs.

On top of being an EMT and a police cadet who wanted to become a detective, Hamdani was Muslim. He also had a Muslim-sounding name. Those two facts would determine how poorly the public treated him and his family in the months following the attacks.

In the chaos and hysteria that followed the attacks, media outlets reported that Hamdani’s disappearance was being investigated. Reporters and officials came to his parents’ home to interrogate them. His official cadet photo circulated police station with the label, “Hold and detain. Notify: major case squad.” His mother also learned that investigators even seized his dental records before the truth of his bravery came out.

The following month, search crews found Hamdani’s remains, along with his medical bag and ID, at Ground Zero in the wreckage of the North Tower. Only after that was his name cleared, and Congress recognized his heroic efforts.

After the pain Hamdani’s family suffered in the wake of the attacks, it’s fitting to remember him as he deserves to be: a hero. Like others we’ve mentioned, Hamdani went into a collapsing building when others were running away. He sacrificed his life trying to save others. For that, he was finally given a police funeral with full honors. His alma mater also now has a memorial scholarship in his name. Although he answered that day as an EMT, officials do not recognize him as a first responder because he was not on duty that day. His mother, Talat Hamdani, continues to lobby for his recognition as such. 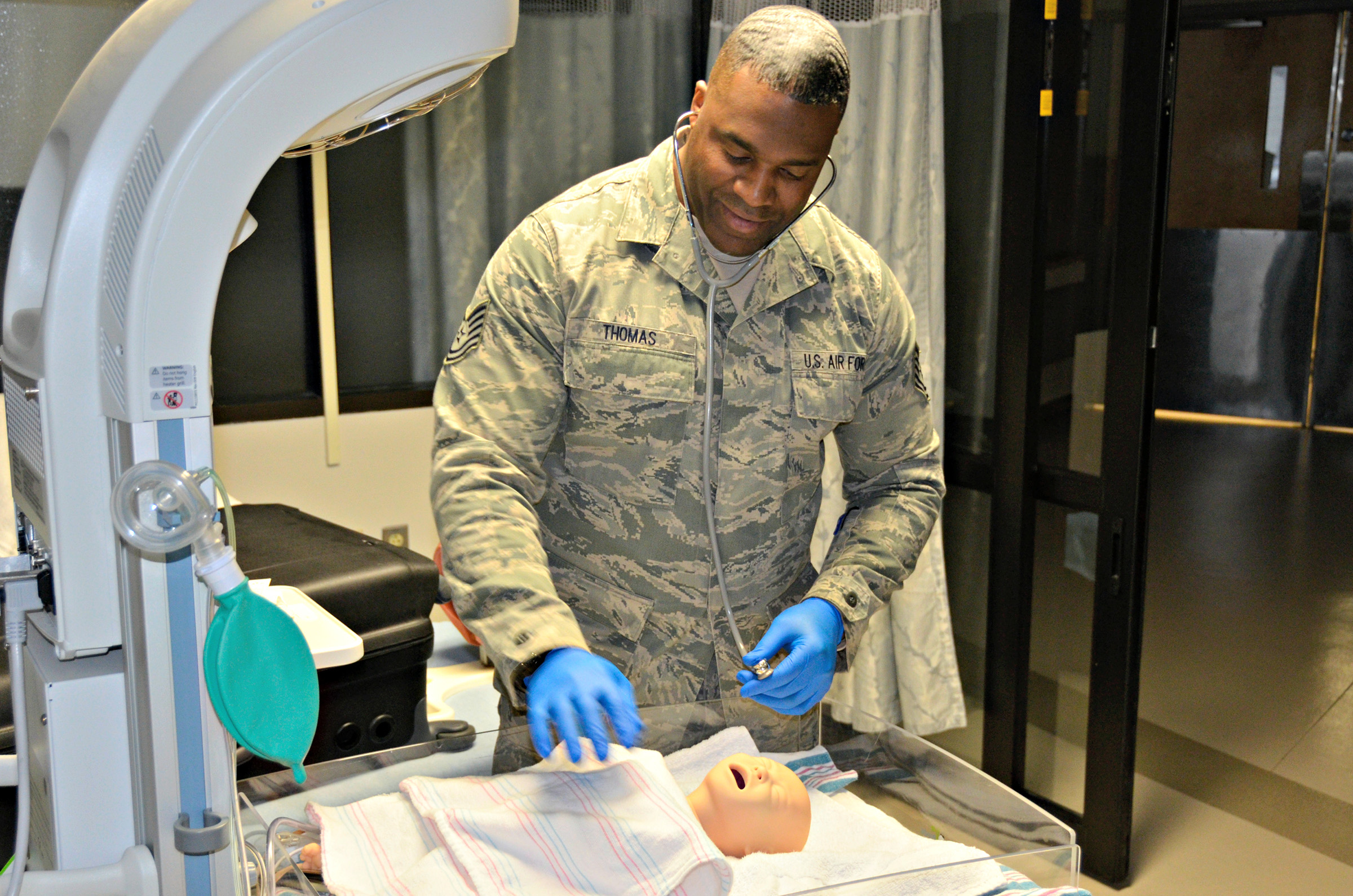 For years after the attacks, Sgt. Jason Thomas’ story remained a mystery. A former sergeant in the U.S. Marine Corps who lived in Long Island at the time, Thomas came to Ground Zero after his mother told him planes had struck the towers. Having just finished his service the month before, he put on his uniform and went toward the horrible scene.

By the time Thomas reached Manhattan, one of the two towers collapsed. He knew there were people who needed help, so he went into the fog of toxic ash and put his Marine Corps training to work. With the help of Staff Sgt. David Karnes, another former Marine, he got to work searching for survivors amid the rubble.

Together, the pair called out for survivors until after dark. However, after crawling into a deep pit, they finally found two Port Authority police officers, Will Jimeno and Sgt. John McLoughlin, alive but injured and trapped under 20 feet of debris. The officers were two of 20 survivors to emerge, waiting almost 24 hours before rescuers pulled them free.

After that first successful rescue, Thomas kept returning to Ground Zero each day for almost three weeks. Then, having seen indescribable horror, he went home and didn’t tell anyone about his experiences there for years. He stayed anonymous, known only to Karnes and others he helped as Sgt. Thomas. 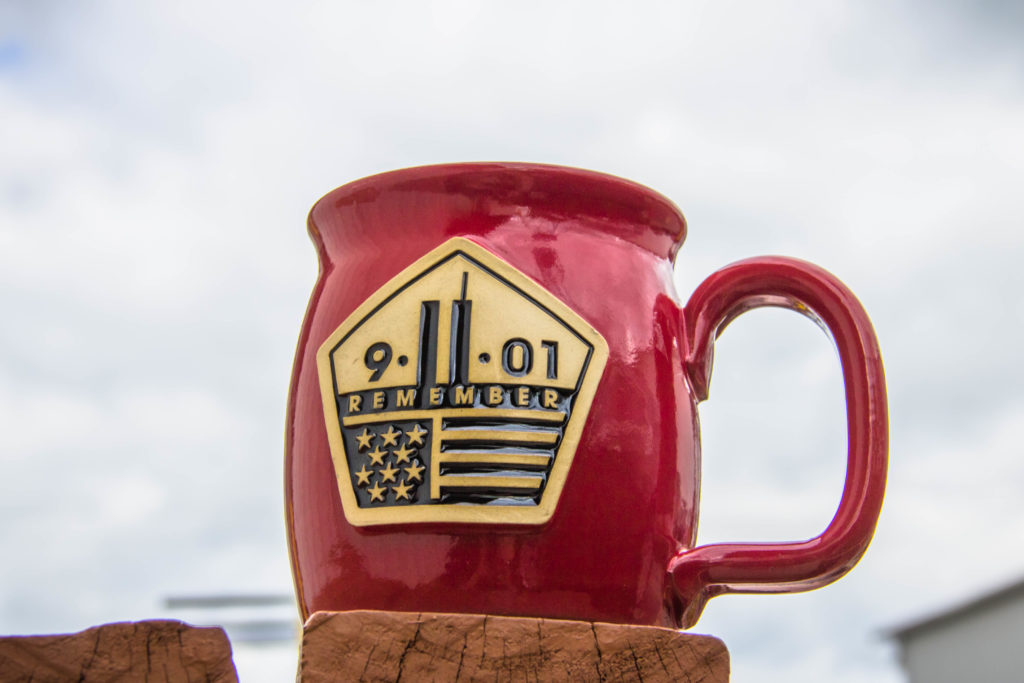 He wouldn’t come forward as the rescuer until almost five years later. By then, producers were advertising a new film about the rescue, which Thomas saw advertised on TV at his new home in Cleveland. Only then did he reconnect with Jimeno and get recognition from the public for his heroism after the attacks.

Since then, Tech. Sgt. Thomas has joined the Air Force as a medical technician. He continues to help others with hearing tests, immunizations and other duties at Wright-Patterson Air Force Base in Ohio.

In times of tragedy, it can seem like the world is a dark place that cannot be redeemed. These brave individuals prove that wrong. Although they’re just a few of the thousands of helpers who answered the call on Sept. 11, we thank them today and every day for what they did to save others. We also hope to continue supporting them and their legacies through our Remembrance Mug. A portion of sales from each mug will go toward charities that support survivors and first responders of these terrorist attacks.