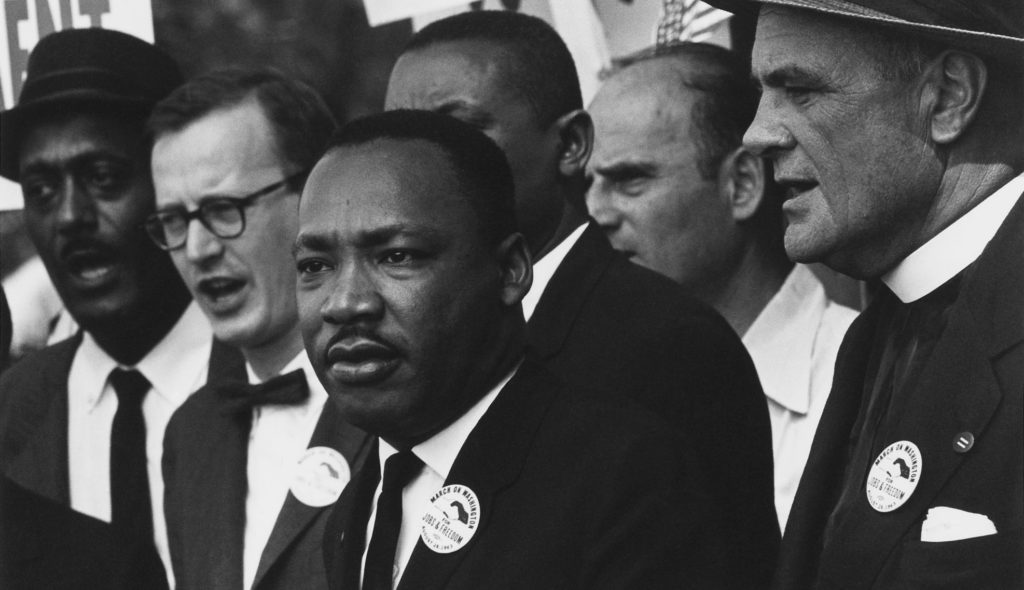 Martin Luther King, Jr.’s work still echoes through the American consciousness today. He was one of the leading members of the Civil Rights Movement during the 1950s and 1960s, working with groups across America to bring our country closer to true equality and freedom.

The legacy of Martin Luther King, Jr. is one that we as a country must work to preserve and honor. That’s why we’re honoring it here. 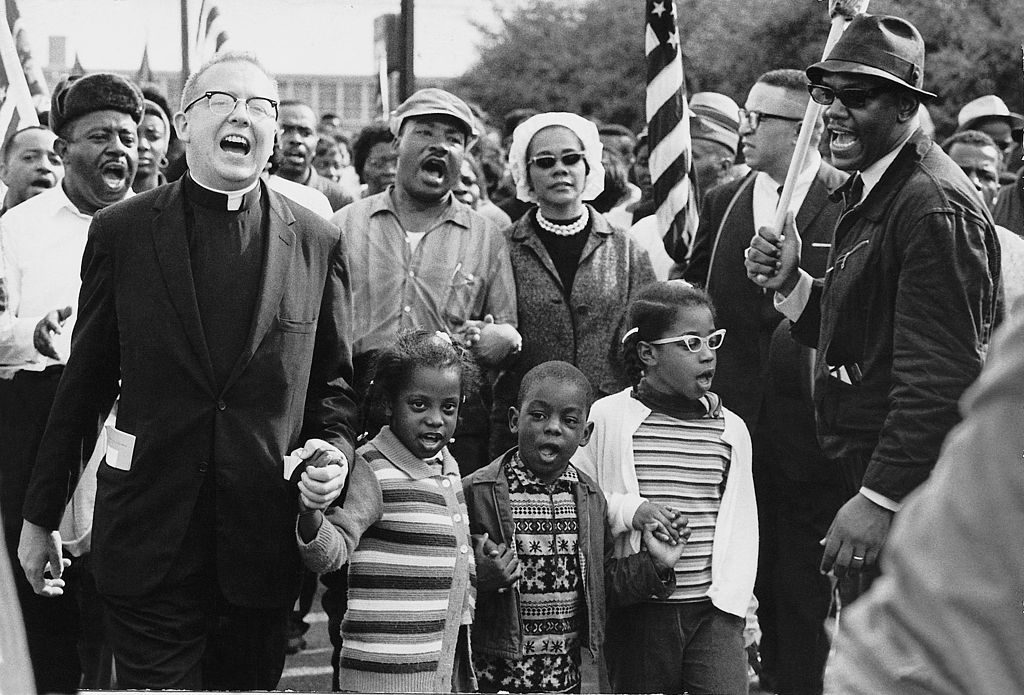 Martin Luther King, Jr. was born in Atlanta in 1929. At this point in American history, racial segregation between white Americans and Americans of color was the norm, especially in the south.

Dr. King grew up in a time and place where racism was commonplace and accepted. Because of this, everything from hospitals and schools to buses and bathrooms were separated by race, with facilities for white Americans and people of color. The public services offered to African Americans and other racial minorities were almost always inferior compared to the services offered to white Americans. Northern states weren’t much better off, with housing segregation being the norm in cities like Chicago and New York City.

Being African American, Dr. King experienced segregation firsthand. As a child, he and his father faced harassment from police and segregation in stores and on buses. He also learned that the father of one of his white friends wouldn’t allow his son to play with him, because of his race. This, unfortunately, was a typical experience for African American children who grew up during this period.

However, Dr. King was also a brilliant student. He skipped two grades and earned his bachelor’s degree by the time he was 18. He then went into the ministry and later earned his doctorate degree from Boston University.

Throughout his career as an activist, the FBI labeled Dr. King as an extremist. Even though his protests for equality and desegregation were always nonviolent, they tracked him and attempted to blackmail him during the last five years of his life. Nevertheless, he still fought against the unjust laws that oppressed African Americans across the country.

Martin Luther King, Jr. was assassinated on April 4, 1968. His death sparked riots across America. However, the Civil Rights Movement didn’t end with his assassination. Dr. King’s actions were the spark of a revolution that continued for years to come, with segregation and other remnants of Jim Crow laws falling in favor of integration.

One of Martin Luther King’s most prolific moments as an activist came during the Montgomery Bus Boycott. 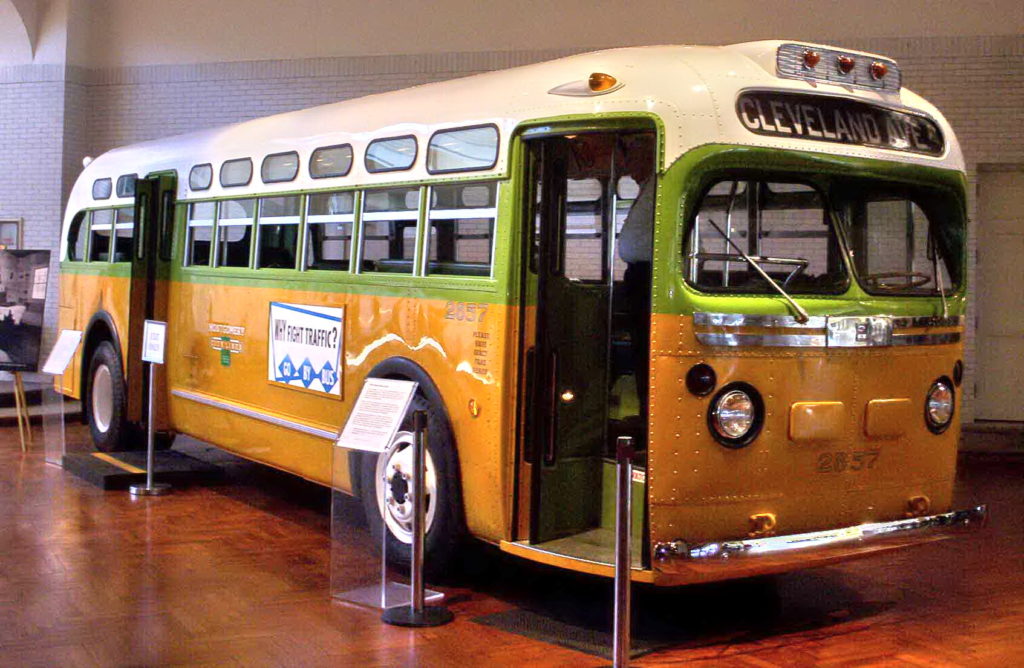 At the time, African Americans were forced to sit in the back of the bus or give up their bus seats for white passengers. This was despite the fact that bus passengers in Montgomery were 75% black. This boycott began after a series of racist incidents, culminating when police arrested seamstress Rosa Parks for refusing to give up her seat for a white rider. As the new head of the Montgomery Improvement Association (MIA), Dr. King encouraged black residents in Montgomery not to use the buses until they were desegregated.

Dr. King also faced jail time for his work challenging this unjust law. He spent two weeks in jail for his part in the bus boycotts. All the while, national attention toward the bus boycott and segregation laws in the south grew. Churches around the country accepted donations so black workers in Montgomery would have new shoes they could use for their walk to work, and some white housewives around the city even carpooled their black housekeepers in support of the boycott.

This bus boycott lasted over a year. It also led to a drawn-out legal battle that went all the way to the United States Supreme Court. Ultimately, the Supreme Court ruled that segregation on public buses broke the law.

Resistance to the ruling in Alabama was fierce at first. White racists in Montgomery attacked African American bus riders so much that the bus system had to shut down altogether for several weeks. Even when African Americans could use the bus again, it became apparent to anyone watching the situation that the buses were only part of the segregation problem.

In reality, the Montgomery boycott was only part of the most intense periods of the Civil Rights Movement. It was also just the beginning for Dr. King. In the years that followed, he took part in and organized more nonviolent protests. 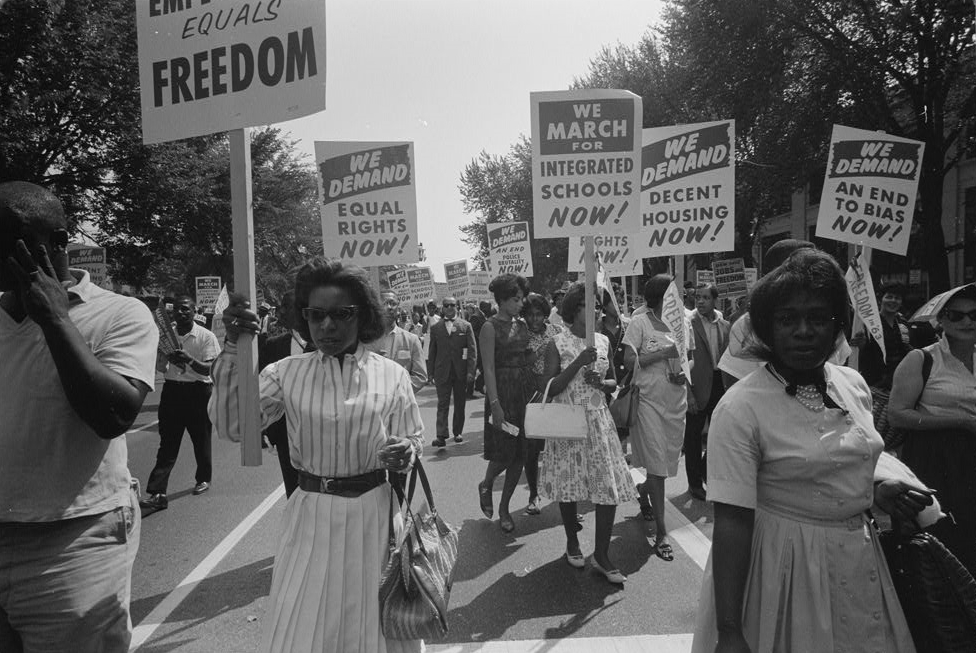 Part of the reason why Dr. King became the face of the Civil Rights Movement was due to his methods of peaceful, nonviolent protest. Outside of the Montgomery Bus Boycott, he was also key in orchestrating the march from Selma to Montgomery, advocating for the rights of Native Americans, combating poverty and protesting the Vietnam War.

Just days after Dr. King’s assassination, Congress passed the Civil Rights Act of 1968. This act of congress made segregation illegal. With that, the Voting Rights Act also protected African Americans’ right to vote in elections, an issue that plagued black voters for 100 years following the Civil War. While it would take years for there to be a noticeable change, Dr. King was one of the first major sparks in the fight for racial equality in America.

Dr. King also forced the public to turn its eye toward the injustices of state-sanctioned racism. During the March on Washington in 1963, wherein he gave his famous “I Have a Dream” speech, he led hundreds of thousands of people to demand labor reform and an end to discrimination. Major networks broadcast the speech and protest live and continued to rebroadcast it later. Because of that, millions more people became aware of the racism he was fighting.

A few months before his assassination, Dr. King spoke of how he wished to be remembered at Ebenezer Baptist Church:

Where Can I See Dr. King’s Legacy Today?

Martin Luther King, Jr. has a memorial in his name on the National Mall in Washington, D.C. Martin Luther King, Jr. National Historical Park also stands at Dr. King’s boyhood home in Atlanta. Even more, the Lorraine Motel in Memphis where Dr. King died is now the National Civil Rights Museum. All three of these historic places have exhibits and information about Dr. King’s life, his work in the Civil Rights Movement and how his work still impacts us today.

Sunset Hill Stoneware has also made mugs for Martin Luther King, Jr. National Historical Park. These mugs are in the park’s bookstore and help support the preservation of the site and Dr. King’s legacy in Atlanta.

The consequences of America’s racially charged history are still an issue we grapple with today. It’s visible in the lack of development and poverty in many historically black neighborhoods and in the American prison system. However, the current situation would arguably be even worse if it weren’t for Dr. King’s work. We honor and remember his role in the Civil Rights Movement today and every day through our art.