What is Labor Day?

Labor Day is always on the first Monday in September, meaning in 2018 it falls on Sept. 3. Families all over the United States will squeeze out the last few days of summer before kids have to go back to school and the weather cools down. What’s the true meaning of Labor Day though?

The Progressive Era was a time of rapid change as the United States dived headfirst into exposing corruption and promoting safe labor practices. Lasting roughly from the 1890s to the 1920s, the period highlighted terrible working conditions throughout the country. There was no minimum wage. Most people worked 12-14 hours every day, and children and adults alike earned just pennies a day. Multiple families often lived in the same tiny tenement apartments, and subsistence on beans, molasses and bread was common. 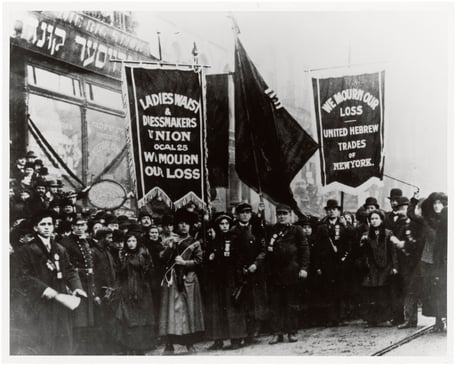 Moreover, conditions were outright dangerous in many factories. One of the grimmest examples was the Triangle Shirtwaist Factory in 1911. There, 146 women and men who made blouses perished in a massive fire. Because management locked the factory doors to prevent employees from taking breaks, many died in the burning building. Some jumped out the windows of the eighth, ninth and tenth floors, with many fatalities from that alone.

The Triangle Shirtwaist Fire is one of the worst industrial disasters in American history. But, it was far from the only incident where workers died due to unsafe conditions. The 1878 Washburn A Mill disaster in Minneapolis, Minn. began when a spark ignited airborne flour dust in the mill, killing 18 workers. The Grover Shoe Factory disaster killed 58 people when a boiler exploded without warning. Countless others occurred, too.

Along with these disasters, the period also had widespread labor strikes as workers protested unsafe conditions. Unions formed rapidly and advocated for better working conditions, improved hours and better pay.

These strikes and protests were often peaceful, but violence and rioting weren’t unusual. The Haymarket Riot in Chicago started out as a peaceful rally in May 1886, but tensions between protesters and police escalated until someone detonated a bomb in the path of the officers. A policeman died in the blast, and mayhem broke out with shots and ten additional deaths following. All told, there were hundreds of injuries in the riot and hundreds more arrests. There are scores of stories like this from throughout the era as people demanded better pay and safer working conditions.

Why Labor Day is Important

The federal government adopted the first Monday in September as Labor Day 1894. Trade unionists used that weekend to celebrate the efforts of their movement for years before it became a national holiday, but it took on wider significance after its adoption.

The public holiday stands as a testament to the American labor movement’s efforts to improve working lives and health and to reform the industry so ordinary people could afford to live comfortably. America would not be where it is today without those efforts, or the lives lost in the process. 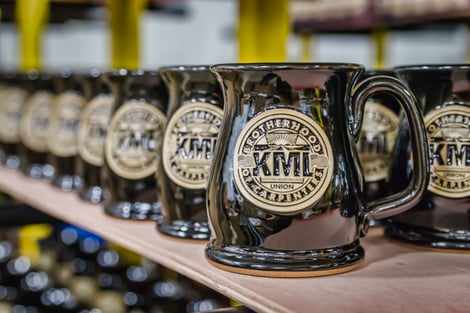 It took years after some of the biggest labor movements for certain rights we enjoy today to be adopted nationally. Minimum wage didn’t come until the Fair Labor Standards Act was passed in 1938, and the 40-hour work week wasn’t included in the same act until 1940.

Organized labor still has a presence in the United States today. While American workers don’t face the disastrous conditions they faced during the Progressive Era on such a massive scale today, unions still exist to protect workers’ rights and safety.

Today in the United States, Labor Day parades march all over the country. Active labor union members represent their locals in these parades, along with military units and floats from nearby organizations.

People who aren’t familiar with the labor movement may have forgotten the holiday’s meaning over time. Labor Day wouldn’t be nearly as important if there hadn’t been deaths, accidents and efforts to establish workers’ rights. We cannot forget the right to protest and the casualties our grandparents and great-grandparents faced, even decades or centuries later. 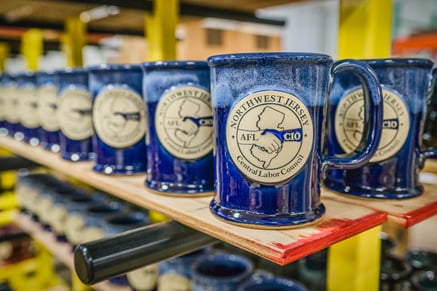 Since Sunset Hill Stoneware products are made by hand in America, our mugs and steins are popular with unions. This stoneware supports American workers not only because Wisconsin craftsmen make them by hand, but because they’re a great way to show your employees you care.

One of our recent orders was for the Northwest Jersey Central Labor Council, which is affiliated with the American Federation of Labor and Congress of Industrial Organization (AFL-CIO). According to the New Jersey State AFL-CIO website, they advocate for workers’ rights in the state.

Moreover, the mugs we make for our corporate clients are often a hit with union workers. One manager at Essity, a business in our hometown of Neenah, reported that his union member employees appreciated that their corporate logo mugs were not only made in America, but made in Wisconsin so they could support a local business and a handcrafted product.

Labor Day isn’t just a day to sleep in and take advantage of sales on big-ticket shopping. It’s a day to reflect. Thousands of workers died before we got the labor laws we have now. Remember these lives today during your local Labor Day parade, or at any point during your day, and think about how things have changed or could possibly change in the future.