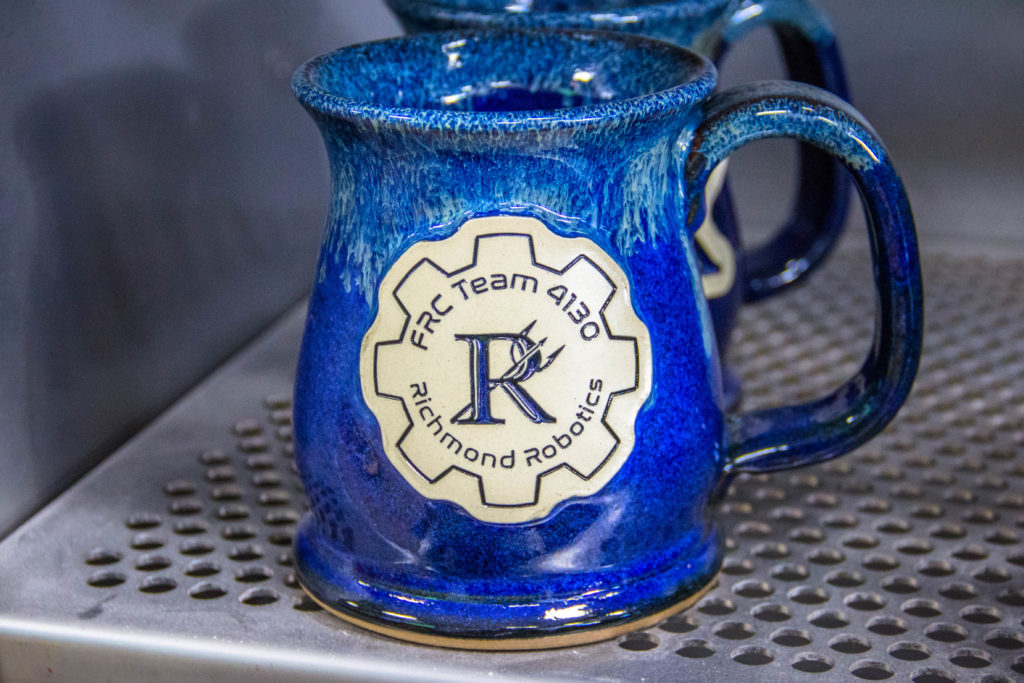 School has been back in session for a few weeks now. With it, a lot of schools have started up their sports, clubs and other activities for students. That’s partly why we’ve kicked off our exclusive mug fundraising program.

With school districts allotting less and less money toward clubs and other activities, music, art and even less mainstream sports programs have to turn to fundraising events. Most parents are familiar with the typical fundraisers schools use. Almost every kid at some point has brought home a catalog for magazines, fruit baskets, wrapping paper or other sales. These don’t always make much for the program though, to the extent that some schools have turned to crowdfunding in recent years.

Sunset Hill Stoneware’s goal with our fundraising program was to provide something different for fundraisers. Here’s how we did it with one group this September. 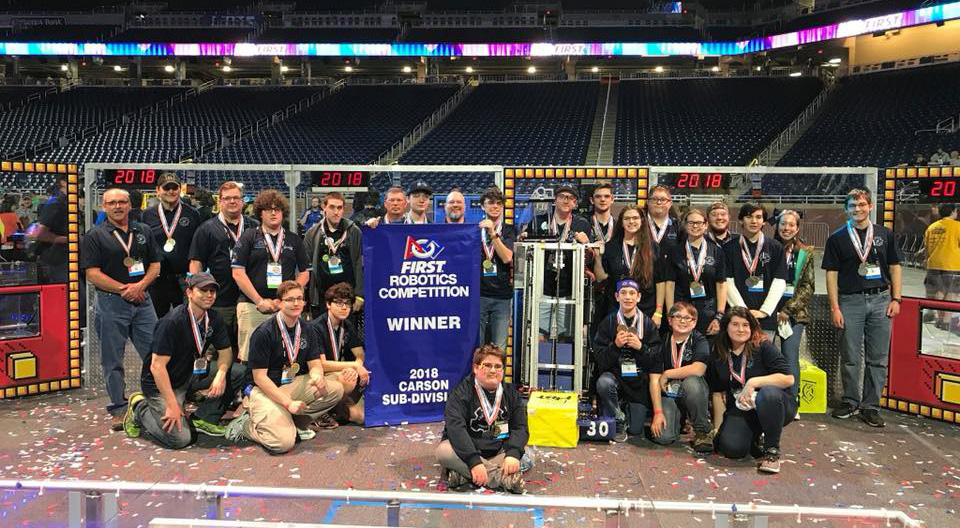 The Blue Devils Team 4130 are a robotics team from Richmond, Mich. that competes through an organization called FIRST. Team members are high school students, with mentors and teachers leading them. The Blue Devils participate in robotics competitions that bring in teams from all over the state, the country and the world. They were even among the top 12 alliances at the world championships in 2018.

On top of being a great after-school activity for the kids, FIRST provides valuable life skills in engineering, marketing and business.

The Blue Devils represent a high school with just 500 students, in a town of 5,000 people. It’s a school known for its athletics, with lots of athletics fundraisers. While this fosters pride for the small Michigan town, according to mentor Nick Matthes, it makes fundraising more difficult.

The team had done several other fundraisers in the five years before they turned to us. On top of car washes and restaurant nights, they’ve also sold air fresheners, football squares and more to raise funds. For their most recent fundraiser though, they knew they needed something different. That’s where we came in. 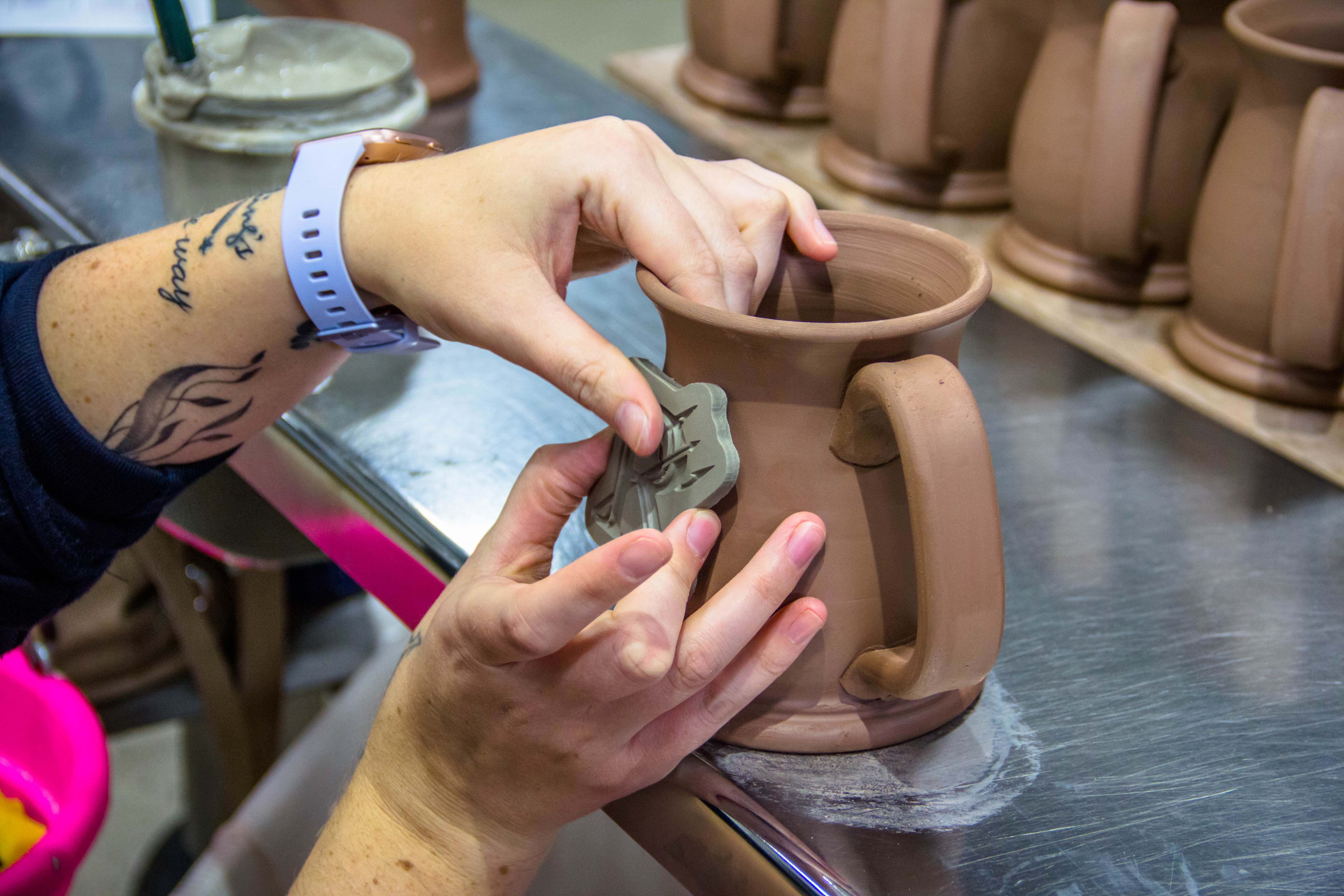 The Blue Devils were one of the first groups to use our Fundraising Program. With this program, we offer a selection of three different mug styles in four popular glaze colors, all with the group’s logo or artwork. Matthes was interested in the fact that we could personalize the mugs with the Blue Devils’ logo. And so, he downloaded the fundraising guide, complete with order forms for the team to use.

Given the team’s name, it was only natural that the Blue Devils would choose our blue-based Northern Lights from their four glaze color options. However, we also offer fundraiser mugs in Copperhead Run, Red and Silvery Night, so there’s an option for almost any club or team’s colors. The Blue Devils also chose the Wide Mouth, a large 16-oz. mug with plenty of real estate for their logo. Had they wanted to go for something else, they also could have had their logo on the Potbelly or Renaissance Voyager.

For the medallion, the Blue Devils chose two different designs. The first was the school’s classic logo with a devil’s pitchfork. The other was the same logo inside of a gear unique to the robotics team.

With both of these designs in mind, Matthes distributed fundraiser order forms to the team and his colleagues. They had a few weeks to see who would order mugs, so time would tell how much interest there was. 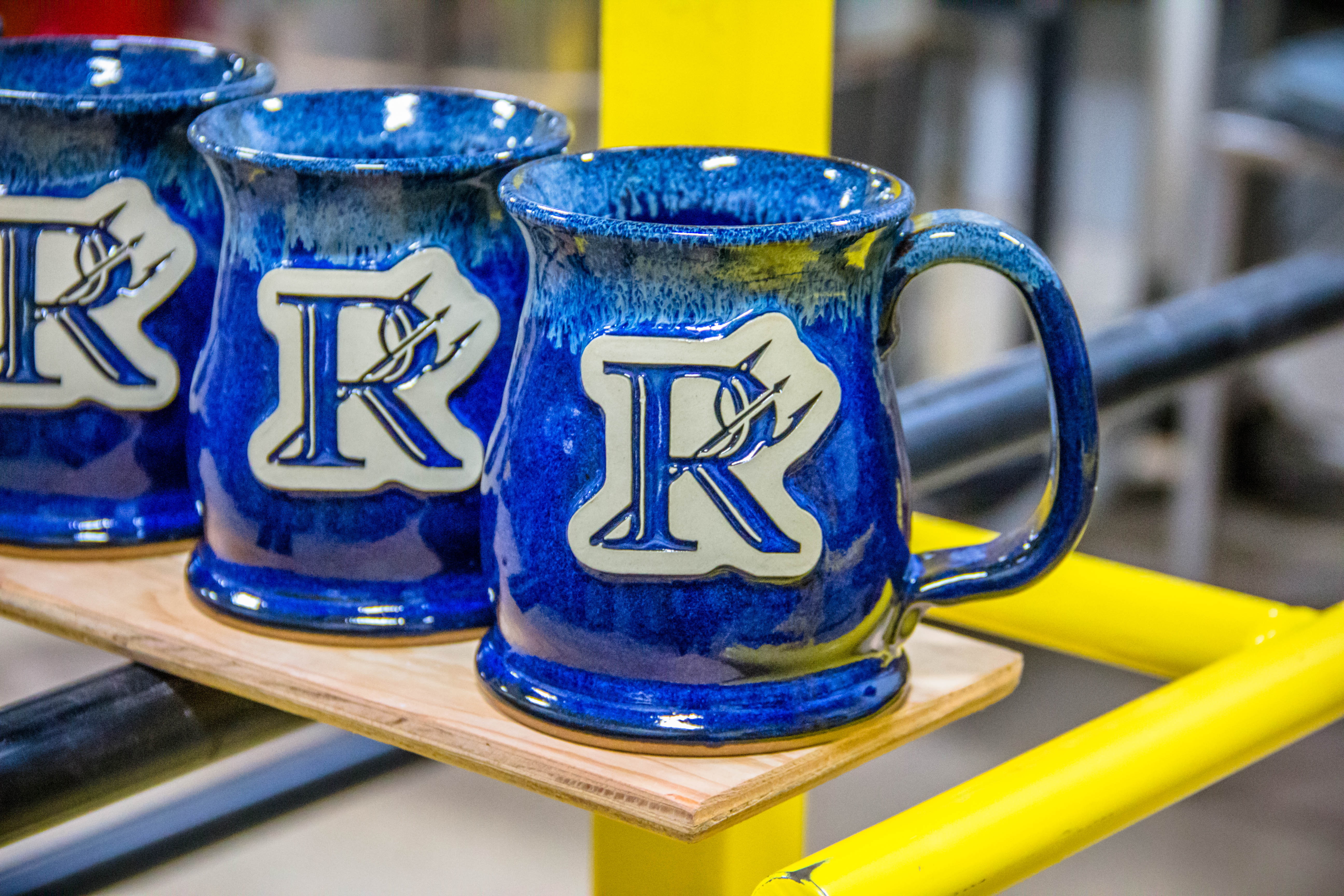 The mug sale was a hit. During their first fundraiser, the team sold more than 50 mugs. With that, they made about $500. Aside from parents, some of the fundraiser’s biggest supporters were the school’s staff, who wanted to show their spirit with something they could use every day.

“Teachers can hardly live without coffee, and we sold a mug to nearly every teacher in our high school,” Matthes said. He added that they’re already planning to sell more in the near future.

As anyone who has ever worked with a high school robotics team can attest, this hobby isn’t cheap. All told, having a team in the FIRST Robotics Competition costs $20,000 a year by Matthes’ estimations. These costs cover the prices of equipment for the team, trips to competitions, practices and more.

However, the Blue Devils don’t charge students to be a part of the team. Instead, they host a lot of fundraisers to get the money they need to keep their world-finalist team going all season long, without having to charge the kids as much for individual expenses.

“Although the $500 we made may not cover a ton of our costs, any money we make is less we charge the students,” Matthes explained. “We want everybody to have the chance to be a part of FIRST.” Even more, demand has been high enough that he said they’re planning on doing another mug fundraiser in the future.

About the Fundraiser Program

Sunset Hill Stoneware’s fundraising program offers an easy way for organizations and teams to make money. It’s more streamlined than traditional fundraisers, with free shipping and no upfront costs. It also tends to make more money than traditional fundraisers, with an average of $8.50 per piece. This is because these custom coffee mugs are higher quality than other fundraiser products, so people are willing to pay more for them.

Plus, as functional art, they’re more practical for everyday use. Each mug is microwave, oven and dishwasher safe. Even though the materials are all natural, they’re also free of lead and handcrafted in America.

Most of all, Matthes told us he was impressed with how friendly and accommodating our staff was. Whenever he and the Blue Devils host another fundraiser, our artisan team will be more than happy to help them again.