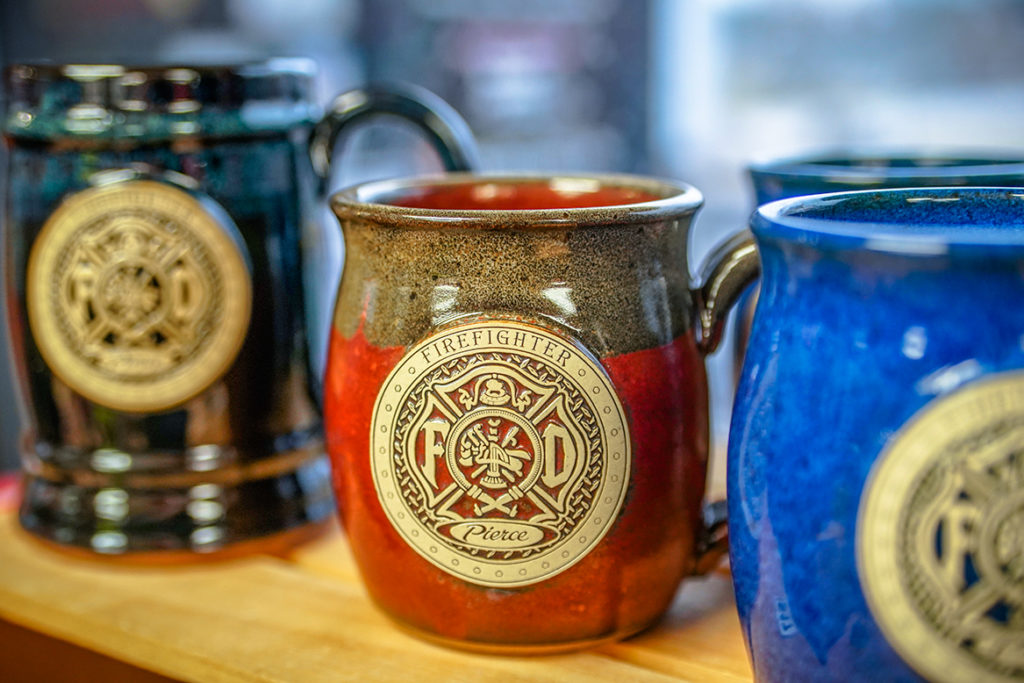 Neenah, Wis., is a hub of industrial development, including as a base of operations for Sunset Hill Stoneware. Not only is this town our home, but it’s also a major player for steel and paper manufacturers. However, we’re also neighbors with an industrial giant that helps the bravest among us save lives every day. Pierce Manufacturing specializes in making equipment for fire departments and other emergency services, particularly firetrucks of all sizes and functions.

Based a few miles from us in Appleton, Pierce produces firetrucks for departments across the United States and the world. Sunset Hill Stoneware has provided stoneware mugs to its neighbor for years now, so we’re happy to honor the work of this life-saving company. 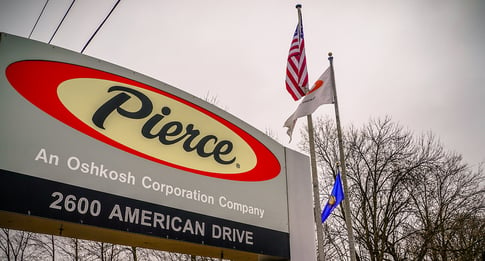 Pierce Mfg. has a team of thousands of engineers, mechanics and more creating firetrucks in Appleton. Each new firetruck is made and tested for quality assurance on site, from the chassis to the finishing touches. It’s common to see the trucks on the highway in the Fox Cities, as fire chiefs see their new trucks.

Always looking for new ways to protect firefighters and do things right, Pierce incorporates new technology into its firetrucks. For example, Pierce has aerial ladders that extend 100 feet so firefighters can work on emergencies from above.

The company has also developed new innovations with firefighting foam, rust protection for firetrucks and more. It’s all to keep firefighters safe. Firefighters can see all these features for themselves, and learn how to use certain features on their trucks.

Caring After Every Fire Call

On top of its technological developments, Pierce’s goals for safety don’t end when the firefighter’s work is done. The company has also created the CARE Initiative with the Firefighter Cancer Support Network (FCSN), a program to prevent firefighters and their families from being exposed to smoke and dust at work. 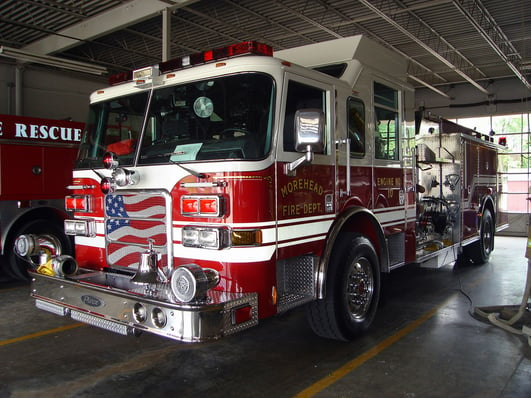 According to the FCSN, cancer caused 70 percent of line-of-duty deaths for career firefighters in 2016. Due to their exposure to smoke and dust, firefighters are more likely to develop cancer during their lifetime than the average person.

Practically every fire department with a hazmat unit has a gross decontamination plan in place, but that plan might not always extend to other parts of the department. Pierce designed the CARE Initiative to change that.

To raise carcinogen awareness, Pierce provides a bucket on its trucks. The buckets are a reminder for firefighters to advocate for their departments. Each CARE decon bucket contains information firefighters can use to clean up and protect themselves, along with guides from the FCSN to prevent carcinogen exposure on the job.

Every year, Pierce also gives back to the fire protection community with the annual 9/11 Memorial Stair Climb. Taking place at Lambeau Field in Green Bay, the stair climb equals 110 stories—the height of the World Trade Center towers before the Sept. 11, 2001 terrorist attacks. The climb honors the 343 firefighters who died that day, with thousands of people honoring them during the climb.

Pierce donates all proceeds from the 9/11 Memorial Stair Climb to the National Fallen Firefighters Foundation to support families of the fallen and reduce firefighter deaths.

For years, we have supplied Pierce Mfg. with custom coffee and beer mugs. Although Pierce’s gift shop isn’t open to the public, anyone who comes for an appointment can find them.

Alongside Pierce’s branded clothes and firefighter-themed Monopoly games, visitors will find stoneware mugs to bring home. Plenty of stein and mug styles have graced the shelves over the years, including our Java Taster mug and Ale House Barrel stein, among others in colors like Brick Red and Electric Blue. 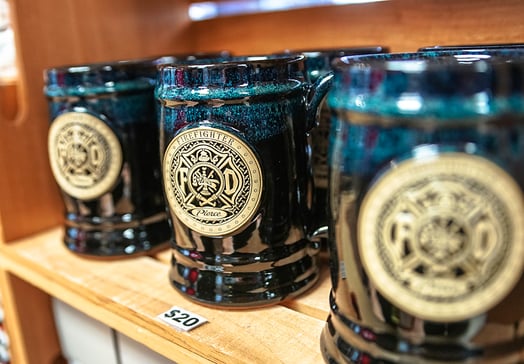 “We have reordered several times with different colors,” said Cory Bartel, a representative at Pierce. Other glaze colors in Pierce’s collection include Iron Grey, Black Cherry and more.

All Pierce mugs feature a special variation on the company’s logo. Using the Maltese cross that’s a popular badge for fire departments, the design on Pierce’s medallions feature firefighting gear. Combined with a backdrop like steel, the logo is a reminder that Pierce’s trucks perform in the toughest conditions.

According to Cory Bartel, a representative at Pierce Mfg.’s gift shop, the stoneware coffee mugs in his store practically sell themselves. They see a quick turnaround in inventory any time they get new mugs in stock.

Since many of the visitors to Pierce’s gift shop are already customers, they often like to bring back gifts for their friends, families and crew at home. Since the mugs feature Pierce’s logo, Bartel says customers love to get their own mug to bring back and have a hot cup of coffee before the beginning of a long shift.

“People like that it is made in the USA, and locally,” Bartel said. “They want something that will last.”

In addition to supporting Pierce Mfg., Sunset Hill Stoneware provides mugs directly to fire departments and police departments across America. Learn more about our work with these organizations on our blog, and check out our fundraising guide to learn how to promote a cause you care about.