Most people don’t stop to think about what goes into the beer they drink. However, brewers do. Brewers have to be finicky about everything from the custom stoneware steins they use to the barley that goes into their beer, which is probably why the vast majority of American breweries work with Briess Malt & Ingredients Co.

If you’ve ever visited a brewery anywhere in the United States, you may have seen Briess Malt & Ingredients Co.’s products. They provide the malted barley for brewers all across the United States. They have a reputation for their quality product among brewers and food producers alike.

Brewing Then and Now

Now based in Chilton, Wis., Briess Malt & Ingredients Co. was established in 1876 and started working with the local Chilton Malthouse early into its history. The company’s founder, Ignatius Briess, began malting barley from the Moravia region of what is now the Czech Republic. His malting tradition made its way across the Atlantic, where it continued to grow. 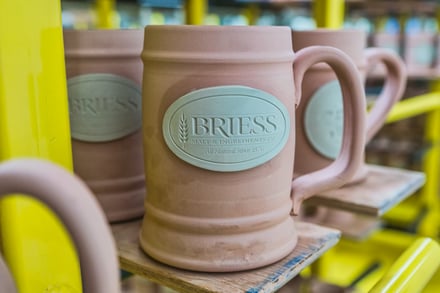 Briess barley is from Wyoming, Montana, North Dakota and Minnesota for an all-American product. After harvest, it comes to Briess’ facilities in Wisconsin and goes to breweries and beyond.

Quality is key for Briess. The company incorporates various checks during the malting process to ensure high standards. According to Briess Manager of Employee Communications and Training Mercedes Hemmer, these checks ensure that their product is safe, natural, clean and eco-friendly. In the past, the company has even won the Wisconsin Business Friend of the Environment Award-Medium Size for its efforts.

The company has a strong relationship with 350 barley growers across the western and Midwestern region. These growers supply grain for brewers, as well as to the food and pet food industries.

“We really focus on providing natural ingredients that are healthy and organic and providing wholesome, handcrafted ingredients, whether it’s in food or handcrafted brew segments,” Hemmer said.

Roasting in All Shades

Briess has multiple roasted barley and malts available for its brewers, each of which results in different colors, flavors and aromas in their beer. Every roast shows the individual brewery’s character. The spectrum runs from lighter, kilned base malts for Pilsners to dark roasts used in porters and stouts. For these and everything in between, Hemmer said the process is all natural and yields noticeable flavor and color differences.

People want to know what goes into their beer and seeking more exciting flavors. Briess is helping its brewers get ahead of the curve through innovation. Brewers who want to craft and sell organic products will also find a selection of options in Briess malts. Those dealing with gluten problems can also find gluten-free syrups to produce beer that  mimics the flavor of malted barley (and is just as enjoyable as the real thing).

Briess sells its malt and barley products in bulk. However, Hemmer reports that Briess embraces craft beer and offers small packing, including 50-lbs bags of malt. Today, Briess offers a variety of packaging sizes, from bulk silo programs to one-pound pouches for homebrewers.

“No matter how big or small the brewery is, we’re able to help them,” Hemmer said.

Aside from selling huge amounts of malts, roasted barley and more, Briess goes a step further in supporting brewers across the world with a team of experts to help them get the most out of their product. These experts work with Briess’ division managers to help customers grow their business.

For brewing customers, creating recipes is one of the ways Briess supports their customers. On their website are scores of recipes that their customers can use to get started. However, their division managers also work with breweries to develop brew recipes unique to that brewery.

Even after the recipes are developed and brewers are on their way to producing your own craft beer, Briess also offers brewery troubleshooting when things don’t go according to plan. If something goes wrong, your division manager can help diagnose what’s wrong and get you back on your feet.

According to Hemmer, Briess can produce for any level of production, plus custom product development. Beyond processing, Briess has flexible blending and small-scale packaging. They also offer toll processing, toll malting and more. 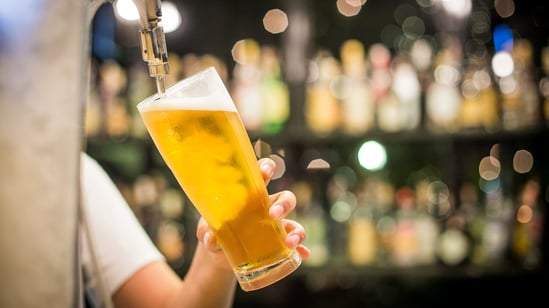 With 142 years of malting experience, the future is bright for Briess and the breweries it supplies. In 2015, the company opened a third malthouse. This doubled its malting capacity, plus capabilities for its barley storage and roasting processes.

Briess Malt & Ingredient Co. has even started to grow into international markets, in countries like Taiwan. However, with focus on quality American ingredients, brewers worldwide can find consistent supplies of barley and malt products.

Whether you’re looking for malt and other ingredients for your beer or spirits or you need mugs or steins for your mug club, Briess and Sunset Hill Stoneware have plenty of American-made supplies for your brewery.