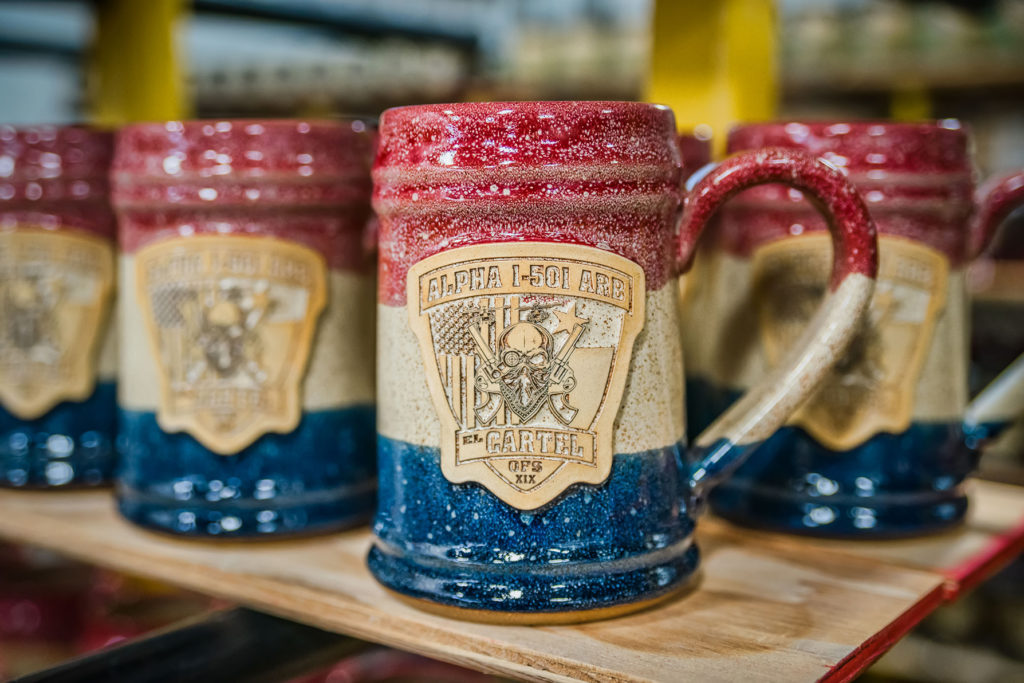 Even after the Fourth of July, there is never a wrong time to support America’s troops. To honor the work that our troops do to defend freedom and the U.S. Constitution, we often provide mugs for military units, many of which are outside the United States.

Through word of mouth, Sunset Hill Stoneware works with military units all over the world so they can have American-made coffee mugs and beer steins while they work overseas. Although these are just a few of the groups we’ve worked with during the last few months, we’re more than happy to bring them a little piece of home while they’re abroad. 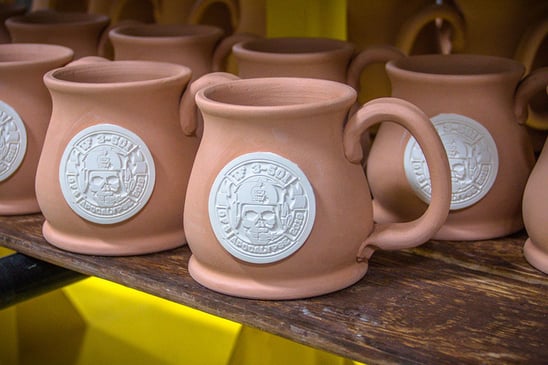 Camp Dahlke is a base located in the Logar province of eastern Afghanistan. Although it has hosted a number of military units over the years, this base is now home to TF Apocalypse, an aviation unit in the U.S. Army deployed in the country to aid with security.

We’ve worked with our friends from TF Apocalypse before. They were one of the first groups to order mugs in our red, white and blue Old Glory glaze. A version of the group’s insignia is in this striking color on our Oktoberstein, complete with a skull pattern that reminds us of the wild west.

This spring, we worked with them again to bring them some Potbelly mugs while they’re at Camp Dahlke. The mugs feature designs with a detailed skull and the unit’s name. The medallion with this insignia is made to last, so these soldiers can use their mugs for years, even after they’ve come home.

Although it might be a small gesture, these stoneware mugs can bring the unit together and give them a taste of home when they have their morning cups of coffee. At time of writing, the soldiers of TF Apocalypse can look forward to receiving their mugs in our subtle but striking Lava Rock glaze in the next few weeks.

U.S. embassies and consulates all over the world are staffed with Marine Security Guard (MSG) detachments. As the name implies, this special group of 1,800 Marines protects the United States’ diplomatic and security interests at 181 embassies and consulates worldwide. This duty can be dangerous, and the training for this post is hard even for the Marine Corps. 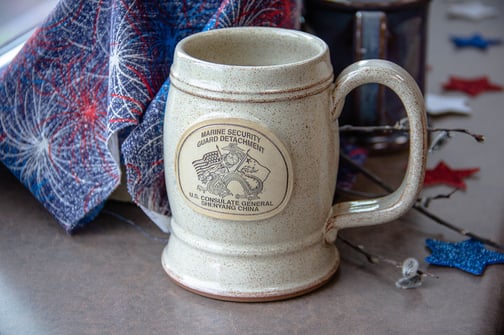 Both of these detachments give security to U.S. consulates in China. Their work is key to protecting diplomacy, so we’re more than happy to work with these servicemen while they’re halfway around the world.

The MSG detachment in Shenyang can now have their beer (or a concerning amount of coffee) in style while they serve at the consulate general. Based on a Double Barrel custom beer mug in our beautiful Oatmeal glaze, the detachment’s medallion has unique symbols. Not only does this include the USMC emblem, but it also has the flags of the United States and People’s Republic of China, plus a Chinese-style dragon with tiny scales. They make for a distinct logo that will show the detachment’s services wherever the beer mug’s owner goes.

Located in Indonesia’s capital, the Marine Security Guard Detachment in Jakarta has worked with the U.S. Embassy there for years. 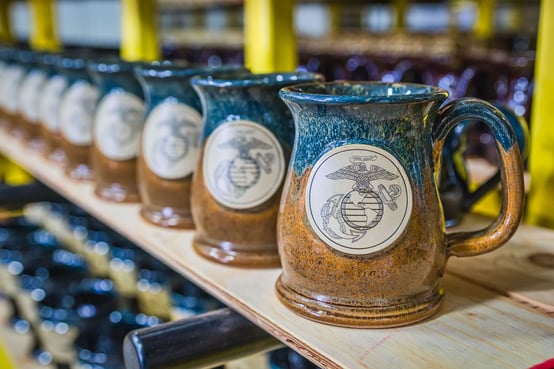 Archived news pieces from the U.S. Department of Defense tell just how hard it is to protect America’s diplomatic interests. On top of protecting the embassy, the small unit of corpsmen in each detachment has to protect top-secret material, all while serving as members of the diplomatic community.

The requirements to work with a security guard detachment are some of the most stringent in the Marine Corps—most members must stay single during their three-year assignment. They also aren’t allowed to have offensive tattoos, financial problems, children or other issues that could jeopardize their security clearance.

This summer, the MSG Detachment in Jakarta got an even more patriotic taste of home. They will be able to have their drinks out of a Short Boy Tap beer stein in our tricolor glaze, Old Glory. Each stein has the detachment’s logo with a bald eagle against the red, white and blue glaze.

Whether a unit is on a domestic military base or posted abroad, Sunset Hill Stoneware is always happy to work with them to provide a handcrafted mug that exudes American pride.